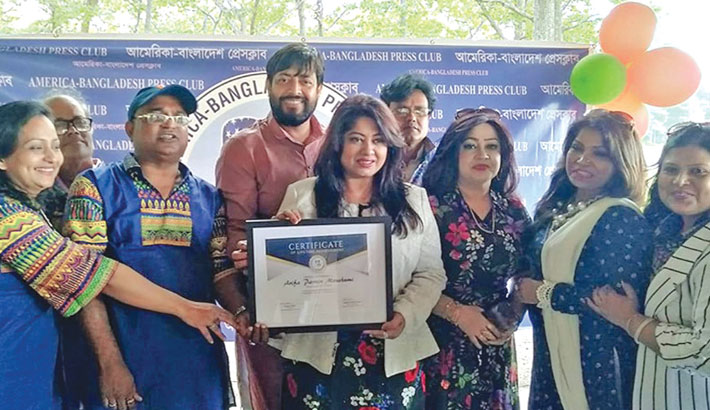 Moushumi expressed her gratitude to the members of the press club after receiving the award.

While, Arifa Parvin Moushumi better known by her stage name Moushumi, is a Bangladeshi film actress and director. She won Bangladesh National Film Award for Best Actress three times for her roles in Meghla Akash (2001), Devdas (2013) and Taarkata (2014). She has acted in over 150 films and made her directorial debut with Kokhono Megh Kokhono Brishti (2003).