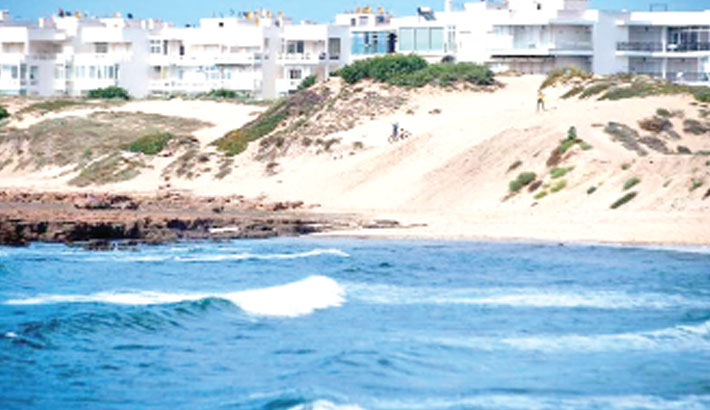 Beneath an apartment block that looms over Monica beach in the western coastal city of Mohammedia, a sole sand dune has escaped the clutches of Morocco’s insatiable construction contractors, reports AFP.

Here, like elsewhere across the North African tourist magnet, sand has been stolen to help feed an industry that is growing at full tilt.

A report last month by the UN Environment Programme (UNEP) on the global over-exploitation of this resource accuses “sand mafias” of destroying Morocco’s beaches and over-urbanising its coastline.

“The dunes have disappeared along the entire city’s coastline,” lamented environmental activist Jawad, referring to Mohammedia, on the Atlantic between Rabat and Casablanca.

The 33-year-old environmental activist leads Anpel, a local NGO dedicated to coastal protection. “At this rate, we’ll soon only have rocks” left, chipped in Adnane, a member of the same group.

More than half the sand consumed each year by Morocco’s construction industry—some 10 million cubic metres (350 million cubic feet) — is extracted illegally, according to UNEP.

“The looters come in the middle of the night, mainly in the low season,” said a local resident in front of his grand home on the Monica seafront.

“But they do it less often now because the area is full of people. In any case, there is nothing more to take,” added the affable forty-something.