Climate change set to wipe out ocean wildlife by 17pc 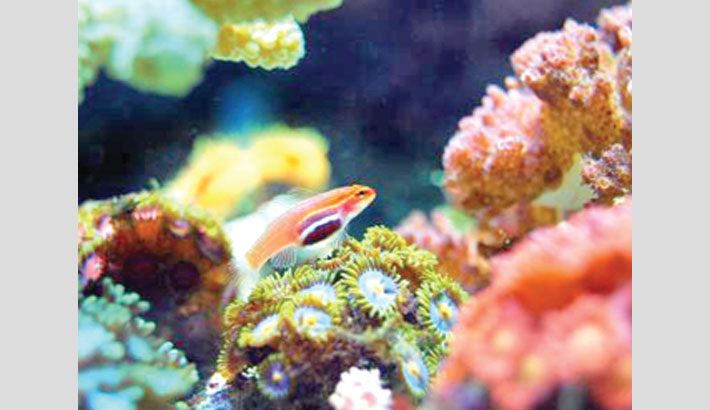 Climate change is set to empty the ocean of nearly a fifth of all living creatures, measured by mass, by the end of the century, researchers have calculated.

In a world that heats up three to four degrees Celsius compared to pre-industrial levels, 17 percent of marine biomass—from minuscule plankton to 100-tonne whales—will be wiped out, they reported in the US Proceedings of the National Academy of Science.

Even in a “best-case” scenario of limiting warming to 2C—the cornerstone target of the Paris climate treaty—the ocean’s biomass will drop off by five percent.

Shallow-water corals, which harbour 30 percent of marine life, are forecast to disappear almost entirely under these conditions.

Every additional degree will see the ocean biomass shrink by another five percent. Earth is currently on course to be around 4C hotter by 2100.

“The future of marine ecosystems will depend heavily on climate change,” said Junne-Jai Shin, a biologist at the French Institute for Development Research and one 35 experts from a dozen countries contributing to the study.

“Measures to protect biodiversity and fisheries management will need to be revisited.” Fortunately for life on land, oceans—which cover 70 percent of Earth’s surface—consistently absorb more than 20 percent of the greenhouse gases humanity spews into the atmosphere.