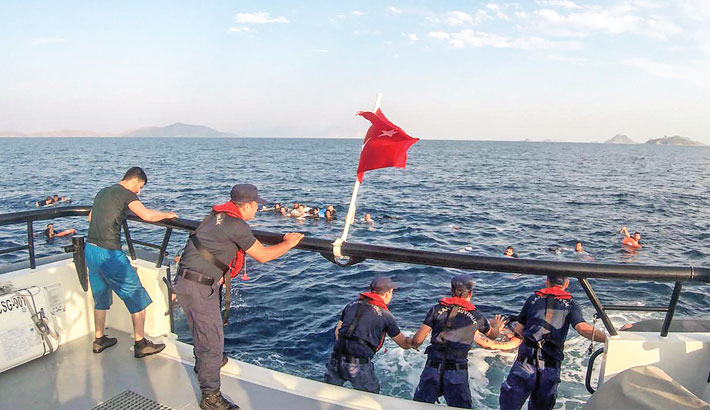 This handout picture released and taken on Monday by the Turkish coastguard shows illegal migrants being rescued after their boat sank in the Aegean sea, off the coast of southwestern Turkey. —AFP PHOTO

Thirty-one migrants were rescued after the boat went down off the coast of Bodrum district in Mugla province, the coastguard added, with search and rescue efforts continuing.

The nationality of the migrants was not immediately known. The incident took place a few kilometres (miles) from the Greek island of Kos.

Home to three million Syrian refugees and up to 300,000 Iraqis who have fled conflict, Turkey is a transit country for migrants trying to reach Europe.

Numbers have dropped since hitting a peak in 2015 when over a million people arrived in Greece from Turkey, mostly via boats, during the worst refugee crisis since the Second World War.