Youth Population and Some Considerations 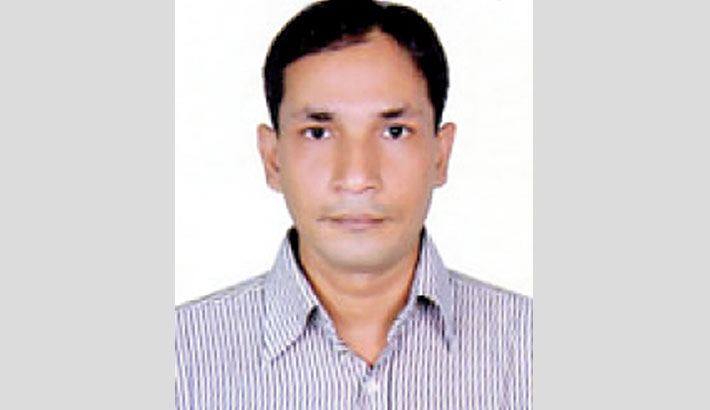 Youth population – the most dynamic and the most precious resource – is the backbone and driving force of any country and defined by the United Nations as the age group between 15 and 24 years, the Commonwealth as population of 15 to 29 years of age. Globally, youth population has now reached a remarkable 1.8 billion out of the total population of 7.3 billion. Youth play very important roles for overall development of the world and different societies with their imaginations, visions, innovative ideas and efforts. But all youth are not adequately capable and cannot contribute expectedly. As expected, progression of a society largely depends upon proper development and empowerment of the youth population.

The National Youth Policy 2017 of Bangladesh defines youth as any citizen aged between 18 and 35 years. Within this definition, about one third of the total population or 52 million is youth. Their contribution to the overall development of the country is of course enormous. Historically, they contributed to the language movement of 1952, general elections in 1970, the Liberation War in 1971, etc. Moreover, they played important roles in rebuilding the nation after the Liberation War and are continuing their contributions to the nation and beyond on various aspects. To youth population, yet, there are many individual and societal challenges, which put hindrance to their expected progression. All challenges can be explained based on economic, socio-cultural, and political and health related challenges.

Economic challenges to youth are considerable. Some economic challenges are economic poverty, inadequate engagement with income generation activities or inadequate income generation opportunities, etc. Indeed, many youth are poverty stricken, around 2.68 million youth are currently unemployed and many employed youth are underemployed. While poverty in family, natural disaster, improper national distribution, etc. leads to economic poverty, insufficient industrial growth, inadequate national employment planning, gender-based barriers, etc. leads to a high rate of unemployment and under-employment among youth. Also, many youths have inadequate financial capacity in terms of making and exercising money management decisions due to several reasons — lack of skills, inadequate planning, lack of sufficient financial services to youth, etc. For these, many youth fail to move beyond economic hardship and change their life as expected.

Socio-cultural challenges put considerable hindrance to youth population. Some socio-cultural challenges are inadequate education, inadequate social participation, engagement with criminal or anti-social acts, gender-based barriers, excessive focus on materialism, ultra-individualism, generational barriers, increased divorce rates, barriers of ultra-conservativeness, inadequate sense of social responsibilities including responsibilities to parents and decays of social and moral values. Though youth literacy rate (from 15-24 years) is 92.2 per cent and more than 3.2 million students are now enrolled in tertiary educational institutes (including public, private and national universities), many youths including rural youths are still far behind in quality, higher, innovation-oriented and job-oriented education. Moreover, unreasonable imposed socio-cultural barriers and decay of social values, which is due to several reasons including unfiltered anti-social foreign culture, affect many youth.

Criminal acts or anti-social behaviours, which are increasing day by day, are to be especially noted here. Major criminal or anti-social behaviours among youth include drug abuse, extortions, drug trafficking, smuggling, human trafficking, sexual crimes, hijacking, religious extremism, engagement with violence and killings. Indeed, many youth of rural and urban areas are engaged with different sorts of criminal acts or anti-social behaviours which are affected by various personal and social factors including lack of adequate family guidance, improper education, poverty, peer pressure, insufficient social or life skills, decays of social and moral values, etc. Because of engagement with such behaviours, a portion of youths considerably lacks adequate moral spirit and fails to develop them.

With variations, certainly, there are challenges to youths of all tiers – lower, middle and upper. Youths of lower and middle class have challenges of almost all sorts, through youth of special groups – homeless youth, transgender youth, illiterate youth, youth victims of human trafficking, physically and mentally disabled youths, etc. – usually have more challenges. Youths of upper class have some challenges in socio-cultural, health related and political aspects, such as unawareness of political affairs, some criminal or anti-social acts (including sexual crimes), mental disabilities, decay of social values, etc. Due to various challenges, surely, development of many youths of all social class are inadequate and many of them are varying unable to realise their human potentials with improper imaginations, visions, ideas and efforts and contribute to their own wellbeing and wellbeing of others as per expectations.

Of course, Bangladesh has improved situations of youth much over the decades with various efforts. For developing youth of all social classes and making them human resources as expected, all the above challenges must be addressed with varying priorities. In this regard, the National Youth Policy 2017, which is a core instrument and guides all actions for youth development, needs to be rethought. The revised policy is, of course, more inclusive than the previous one adopted in 2003, articulated various youth issues and challenges and provided guidance for addressing different challenges very well. Nonetheless it is not as comprehensive as expected due to its various limitations inducing its less emphasis on access of youth entrepreneurs to financial institutions and services, wellbeing of educated youths, political empowerment and participation, youth participation in decision-making, prevention of criminal acts from wider view (though some criminal acts including corruption, terrorism and human trafficking are well considered), etc.

In the policy, more importantly, there is almost no mention of removal of socially imposed barriers to youth development. Indeed, imposed socio-cultural barriers including generational barriers (especially ideological difference between generations), gender based barriers, barriers of conservativeness and other barriers related to reasonable freedom in society put significant hindrance to proper development of youth. Obviously, both ultra-conservatism and ultra-individualism can negatively affect youth development. Thus, I think that making some revisions on the adopted youth policy through addressing all stated concerns, preparation of according Action Plan to implement the re-revised policy, its adequate implementation and monitoring of its implementation are very important for youth development and reaping the demographic dividend of the country as per expectations.

The writer is an independent researcher and columnist. He can be reached at: [email protected]