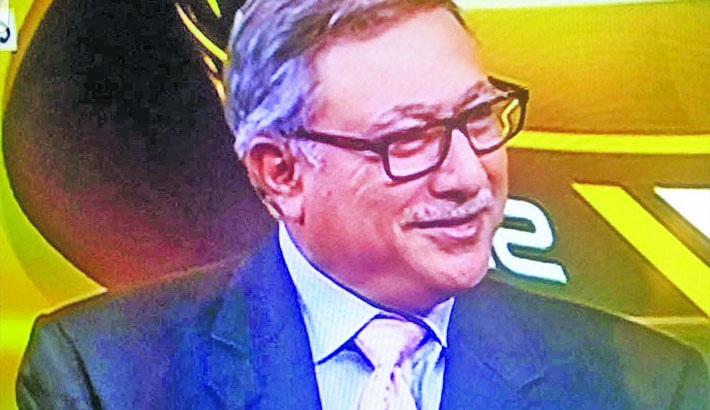 The hype and sensation created during any India-Pakistan cricket match these days is blown so much out of context that it reaches monotonous proportions and the team that gets undue mileage out of it is obviously the Pakistan cricket team. Being bashed up convincingly seven times in a row in ICC cricket World Cups against India since 1992, Pakistan’s tag of being an unpredictable team particularly against their old foes is only but a myth. None of the opponents in international cricket enjoy as much as a one sided contest during recent times as the old foes from the sub-continent have recorded. An overall statistic of 73 wins to Pakistan against India’s 54 may tell a different story however.

The success and failure of sides may also be attributed to a country’s overall socio-political status and its overall standing within the global community. Unfortunately for Pakistan, they have been starved of international cricket within their own country due to reasons which by now are well documented. Relentless efforts nevertheless are being made to shift its cricket from United Arab Emirates to its own country and given that the country is being led by its charismatic cricket leader Imran Khan changes in its cricketing fortunes is foreseeable in the not too distant future notwithstanding the Prime Minister’s priorities in areas of much greater importance.

Gone are the days when Pakistan could boast of match-winners in the likes of the great Majid Khan, Asif Iqbal, Mushtaque Muhammad during the early and mid-70s. The emergence of match winners of the likes of Javed Miandad, Saleem Malik, Wasim Akram and Waqar Younus, Abdul Qadir all under the leadership of Imran Khan is almost legendary and akin to a folklore. It is only too obvious that a talented bunch of Pakistani cricketers are desperately lacking in a captain who could bring out the best amongst the players. Misbah-ul-Huq, who had been the last of the Mohicans may not have won any of ICC tournaments but has to his credit the beating of India in a bilateral series.

The present lot of the Indians under Virat Kohli are perhaps the best fielding side in international cricket with the captain himself being one of the most athletic and agile of the lot, flinging himself on to anything remotely close to his diving range. An almost complete side, India have the prolific services of Rohit Sharma who during the course of his 140 runs against Pakistan notched up his 24th century and along with Shikhar Dhawan who on their day can both demolish any attack to smithereens. One of the finest one day batsman of recent times MS Dhoni who not only adds his weight as one of the best wicket keepers can also be attributed as the man behind India’s present day of invincibility.

Having beaten all the sides they’ve played so far and beating them all convincingly India have nothing left to show to the world that they are indeed the team to beat. The highly effective opening spells of Jasprit Bumrah and Bhuvneshwar Kumar have made life difficult for the opposition batsmen and who have hardly been able to dictate terms against the Indian pacemen. The combination the Indian spinners of Chahal, Kuldeep and Jadeja backed up their outstanding fielding gives Virat Kohli an advantage that most captains would relish the prospect of.

The match today between England and Afghanistan at Old Trafford may be of academic interest to England as far as results are concerned The Afghans who came to this World cup hoping to enhance their already growing status as an exciting and talented side capable of beating the best have been a disappointment so far and all they can do is to redeem some of it during the course of its remaining matches.