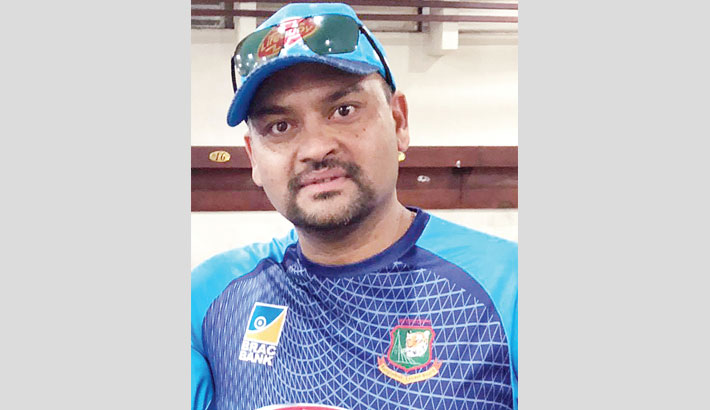 Former Bangladesh National Cricket Team psychologist, Ali Azhar Khan has been a familiar name in the cricket fraternity of the nation due to his sessions with Bangladesh National Cricket Team aimed at improving the mental strength of Tigers. Khan’s insight into the mind of the leading cricketers of the nation has put him in an unique position of knowledge about Tigers. Khan sat for an exclusive interview with daily sun as he revealed why he felt Bangladesh ace all-rounder Shakib Al Hasan was able to march on despite the hundreds of hurdles thrown at his way.

daily sun: In your opinion, what makes Shakib Al Hasan different than other Bangladeshi cricketer?

Ali Khan: In 2014, it was the first time I worked with Bangladesh Cricket team. Then I didn't know much about the team. It was a daylong session. I was giving a speech on the ‘Mental qualities of a champion’ Shakib was not on present on that session. He was playing IPL (Indian Premier League). Mashrafe Mortaza was sitting in the front row. At the end of the lecture, Mashrafe commented, “The qualities you mentioned here, there is a player in our country who will be the perfect example of all these characteristics. He is Shakib and he is the number one all-rounder in the world.”

Surely, every success leaves a clue for success, but whether we are able to discover it or not depends on where we look for it.

daily sun: Shakib is someone who always had to fight with controversy throughout his career, but maintained such a brilliant record.  How come someone be so consistent. How do you maintain this record?

Ali Khan: The answer lies in the ‘I don't care’ mood of Shakib. A few years ago, I met Shakib at his house. I asked a similar question. “In life, we all face difficulties, how do you handle crisis, controversy and hard time?” He told me, “Like everyone else; I also feel bad, but I do not hold on to this feeling for too long. I do whatever I can do then I stop worrying about it too much,” said Shakib. One of my mentors was world famous author and speaker Dr Wane Dyer.  From him, I learned a powerful concept of success and happiness. That is ‘Do Your Best and Leave the Rest (to the creator).’ That day Shakib was expressing the same idea but in a more practical manner.

From outside the ‘I Don't care’ attitude may look like arrogance, but I think internally he might not be practicing the ego.  It might be a blended outcome of faith and hopefulness. After that day, I also started to take up the ‘Do Your Best and leave the rest’ attitude in my personal life. I can tell for a fact that it is one of the most important preconditions of peak performance.

daily sun:  Critics point out that Shakib doesn't practice much, yet how is he the best performers?

Ali Khan: Actually, world class performance doesn't just come from lots of practice. It comes from Deep practice. ‘Deep Practice’ is a well-known concept in high performance. By this a player can achieve six weeks worth of training from just six days of practice. This is more of a holistic approach to training rather than just skill practice.  Another notable example of this deep practice would be Tamim Iqbal. One of the most important batsmen who only does batting practice on an average 45 minutes a day.

daily sun: We all know he is mentally strong. But how come no one else crack this puzzle except Shakib.?

Ali Khan: Now Bangladesh are playing cricket on a high-level.  I personally believe other players in our team are also mentally much stronger than before. Otherwise, they wouldn’t be able to fight against these world-class opponents. It is the same mental strength which powered Mashrafe to play in extremely competitive situation with multiple surgeries in his knee. But the difference is in consistency. Shakib maintains mental fitness periodically. In critical situations, he stays calm and believes in his abilities rather than doubt. Brain is the command centre of every action we perform. Brain receives the command from our thoughts. Whether its ‘Trust’ or ‘Doubt’, it's just a command. That's why a million-dollar performance can be evaporated in seconds with the effect of the doubtful thought.

daily sun: No other Tiger cricket could achieve what Shakib did over the years. When you reach that sort of high point, most people fade away. Why he is different. How does he do that?

Ali Khan: Yes, this is true that Shakib has hit a new high in world cricket. If we also look at players like Sachin Tendulkar, Sunil Gavaskar, Brain Lara, Imran Khan, they too succeeded at a very high level and sustained there for a very long time. Players who have a prolonged history of good performance are known as legends. Along with all other skills, one of the common characteristics these legends have is common is ‘Optimism’ which is not just positive thinking. It is a mixture of Hope, Belief and Patience.

In my judgment, the most impressive mental quality Shakib has is his optimistic attitude in any given situation. With concentration anyone can develop optimism in their mental attitude, he will break new ground and also will continue with his peak performance.

daily sun: Someone like Shakib, who has nothing to prove, now has pushed himself and is playing at one down. Why someone would do that and how did he do it successfully because he had to convince a lot of people for that position?

Ali Khan: I am not sure about Shakib's motive for that, but he can do it confidently because he trusts his ability. A player who can trust his own skill, he enjoys the challenge. Challenge works as a motivating factor to bring the best out of him.