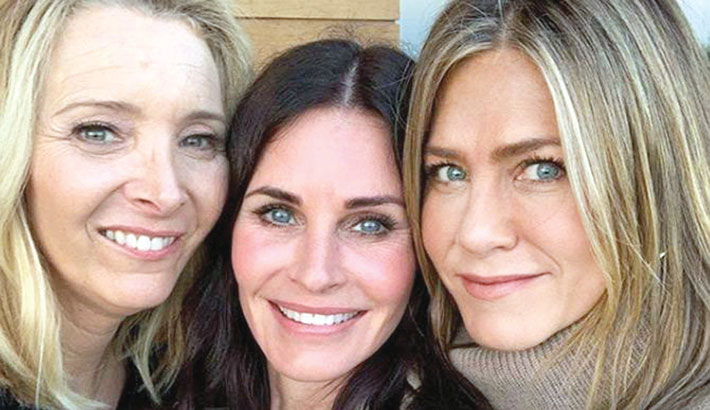 Courteney Cox turned 55 on Saturday, June 15, and treated her fans to a special surprise. It has been 15 years since the popular TV series Friends came to an end. It's no secret that the cast of the show, especially the women, have remained close even after the series ended, reports mid-day.

Cox celebrated her 55th birthday with her old sitcom co-stars Jennifer Aniston and Lisa Kudrow. The actor shared a picture featuring the trio on her Instagram account. "How lucky am I to celebrate my birthday with these two? I love you girls. So much," Cox, who played Monica Geller on the hit show, wrote alongside the photo.

Kudrow, who played Phoebe Buffay, also took to the photo sharing application to share a goofy selfie of herself and the birthday girl with a filter that shows them looking like they both have mascara running down their cheeks. "Just remembering Court, I will always be older than you. Happy Birthday lovely Courteney," she captioned the post.

The other guests included Sara Foster, Mary McCormack, and jewellery designer Jen Meyer, reported E! News. The cast of the show have remained friends since the show ended its run in 2004, and the actors have occasionally been spotted together. The actors always find time to reunite, especially the women, fuelling rumours of a reunion or a possible reboot in the future.