Batla House, Mission Mangal and Saaho to lock horns at the box office 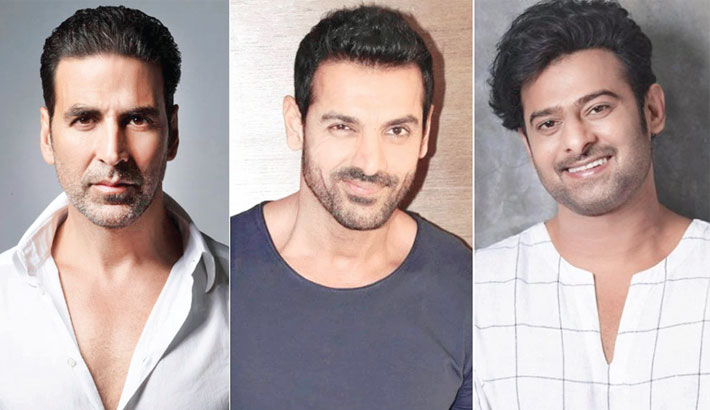 With an increasing number of players exploiting the film-making market, the inevitable locking horns of movies at the box office has become an accepted norm. However, come August 15, three big-budget offering in Akshay Kumar's Mission Mangal, John Abraham's Batla House and Prabhas' Saaho, are set to cash in on the holiday weekend, reports mid-day.

"It is suicidal," says trade analyst Amod Mehra without mincing words. He points to the budget of each film when highlighting how detrimental the clash will be for the producers. "Saaho's budget is over R200 crore, and Mission Mangal and Batla House also are made on over R100 crore each. It is economically unhealthy for three big movies to clash." If put to test, he sees a clear winner in Saaho, courtesy the pan-India fan following that leading man Prabhas enjoys.

"Saaho is an international release and cuts into mainstream Hindi cinema as well. It's a win-win situation for them to release it on August 15. They will make the maximum money via the Tamil and Telugu versions, and overseas. Not only was Prabhas appreciated in Baahubali, but the teaser of Saaho has created buzz." Mehra is certain that despite making official announcements, the makers of Mission Mangal or Batla House will revisit their dates. "Anyway, Akshay is a bigger star than John, so it makes sense that John's movie be moved."

Batla House distributor Kumar Mangat Pathak says his team doesn't plan to revisit their dates. "We are coming on August 15 — no change. The profit margin may get reduced but if the producer and distributor have decided on the release date, it's fine. One can acquire lots of screens and shows during the Independence Day weekend."mid-day reached out to the distributors of Mission Mangal and Saaho, but they didn't respond till the time of going to press.