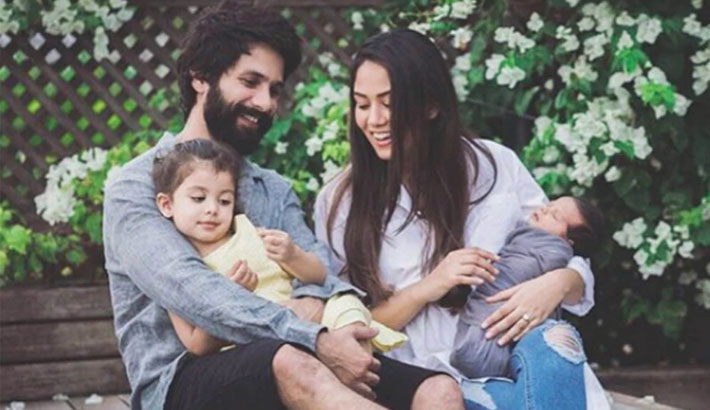 Actor Shahid Kapoor has opened up about how he has tiffs with wife Mira Rajput, just like every other couple. The Kabir Singh actor said that there was one caveat, though – their fights last a long time, reports Hindustan Times.

Appearing on Neha Dhupia’s show, BFFs, to promote his film Kabir Singh, Shahid said, “I usually get flustered when my wife and I have a fight. It bothers me, and I take time to get over it. It’s once in a couple of months, but when we do fight, but ours lasts a long time, like 15 days. You know it [the tension] is there, and you finally talk it out.”

Shahid had earlier joked about how he is the one apologising to Mira in all situations. Appearing on the Kapil Sharma Show, he was asked by the host about how he handles tiffs with his wife. “I apologise when she’s angry, but I apologise even when I’m angry,” Shahid had said.

Shahid and Mira got married on July 6, 2015. Together, they have a daughter Misha and a son Zain. Talking about his children on Neha’s show, the actor had said that he is “fan-boying” son Zain all day. “He is way better looking than me. He has got (features from) both of us (Mira and I).

Talking about Misha, he said: "I don't think it can be explained. Everybody who has a daughter will understand what I mean...and with Zain, it's more like a buddy vibe like even though he is just eight months old but I still buddy him, and with Misha it's like, it's different."