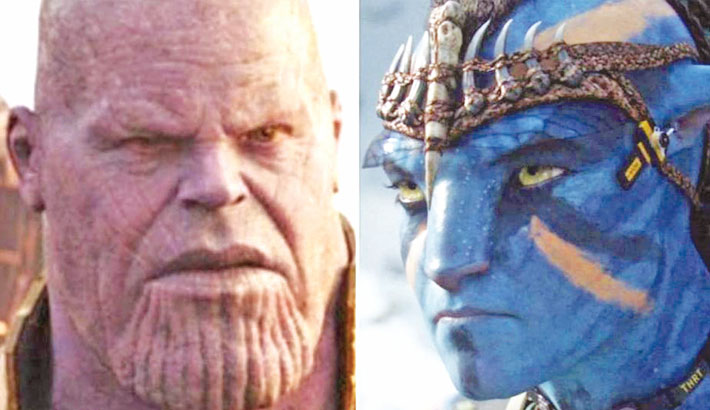 The race for number one between Avengers: Endgame and James Cameron’s Avatar is coming to an end.

Avengers: Endgame and Avatar have made approximately $5.5 billion at the box office, but in the end, the race for number one came down to just $40 million. The Marvel superhero epic dropped out of the top 10 for the first time since its April 26 release in its eighth weekend, with just $46 million separating it from the all-time record held by James Cameron’s science-fiction epic since 2010, report agencies. Endgame has made $830.49 million in the US, and $2.742 billion worldwide. Avatar’s record stands at $2.788 billion. Endgame, according to Forbes, will not beat Star Wars: The Force Awakens’ US record, $937 million total, in addition to falling short of Avatar’s record, barring ‘a miracle or a re-release’.

In the past, re-releases of major hits such as Jurassic Park and Titanic have raked in hundreds of millions of dollars, which suggests that were Endgame to be released in theatres in the future, it will have a strong chance of beating the record. Disney is said to be mounting a big Oscars campaign for the film, and it could possibly return to theatres in late 2019 or early 2020.

That being said, Avatar 2 is slated for a December 2021 release, which leaves the now Disney owned Fox to re-release the first film (for the second time) ahead of the sequel’s release. Which film gets to be number one is entirely in Disney’s hands.

The studio now has the biggest US release of all time (The Force Awakens), the biggest Chinese import (Endgame) and the biggest film worldwide (Avatar) as part of its catalogue. Endgame is the 17th biggest film of all time, adjusted for inflation, ahead of Steven Spielberg’s Jurassic Park.