Parineeti kick starts her ‘The Girl On The Train’ journey 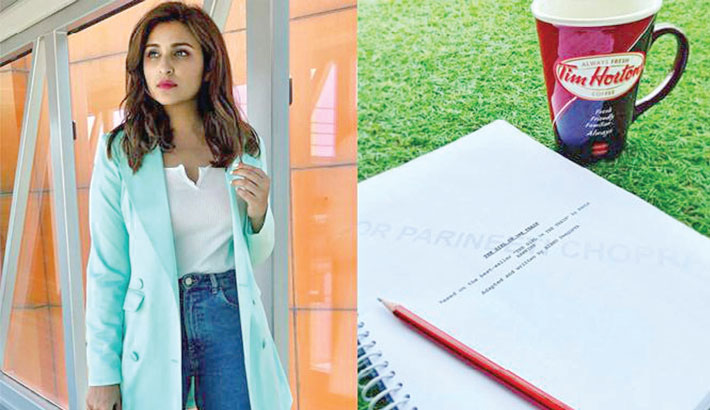 After impressing fans with the soulful voice in Kesari, Parineeti Chopra started preparations for her upcoming Hindi remake of the popular thriller 'The Girl On The Train', reports mid-day.

Adding to the excitement, the actor posted a picture on Instagram from her script reading sessions along with something close to her heart. The actress wrote: "Prep Girl On The Train (Also meet my 7 yr old coffee mug that I cannot live without! I use it every day. Take it everywhere. It was Sahaj Chopra's first ever gift to me so its super special.)"

In an interview Parineeti Chopra talked about her character and said: "In a bid to stay in character while filming, we decided to shoot it in a single schedule, beginning in July. Usually, England is a holiday spot for me, but this time, it's going to be like school. I want to concentrate on my act; head to the set every day, return to the hotel and work on my character."

Based on Paula Hawkins' 2015 best-selling book by the same name, the film was adapted for a cinematic outing in 2016 by American filmmaker, Tate Taylor. It narrates the story of a divorcee alcoholic who becomes involved in a missing person's investigation. While the actor tells mid-day that she will "look at some footage of the original film" to find a reference point for the character, a source from the production house states that the book will also make for study material for the actor.

As per media reports, Parineeti will play an alcoholic divorcee, who becomes involved in a missing person's investigation in the film.

Apart from this film, Parineeti also has other movies in the pipeline including 'Jabariya Jodi' with Sidharth Malhotra, 'Sandeep Aur Pinky Faraar' alongside Arjun Kapoor, Saina Nehwal's biopic and multi-starrer 'Bhuj: The Pride Of India'