Daniel preps for Bond 25 in a leg cast following injury 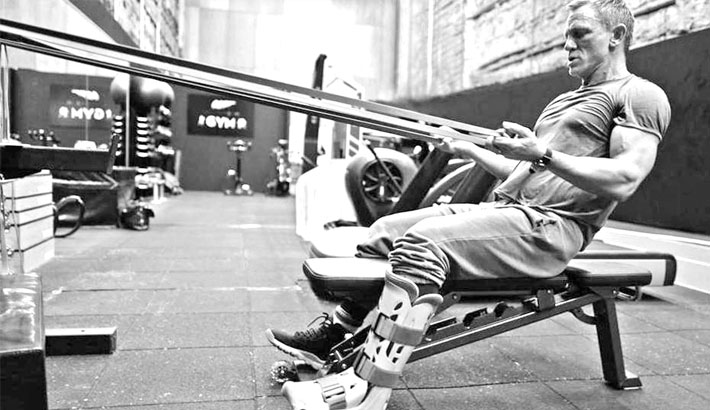 Daniel Craig is back in the gym after sustaining an injury on the sets of the Bond 25 film. The James Bond star, who underwent minor surgery following an ankle injury while filming the movie last month, is already prepping for the shoot next week, reports PTI.

On Saturday, the official James Bond Twitter account shared a monochrome photograph which showed Craig working out with a cast on his leg. It was announced in May that the actor, who is returning as the iconic British spy for fifth and final time, would be undergoing minor ankle surgery after he fell while sprinting on the film’s sets in Jamaica and was flown to the US for X-rays.

The film has had a tough journey. Earlier this month, a crew member was injured after a “controlled explosion” on the sets of Bond 25 damaged the film’s stage at Britain’s iconic Pinewood Studios.

It was previously set to be directed by Danny Boyle with a release date of November 8, 2019. After Boyle dropped out of the project over “creative differences”, along with frequent collaborator, screenwriter John Hodge, the film’s release date was moved to February 14, 2020.

Cary Joji Fukunaga is now attached as director, with Scott Z Burns hired by MGM studio to pen a new script. Neal Purvis and Robert Wade have already drafted a version of the script but it is being reported that the studio is unhappy with their story.

Recently, Fleabag creator-actor Phoebe Waller-Bridge came on board the movie to “polish” the script. The release of the film was recently pushed back to April 8, 2020.