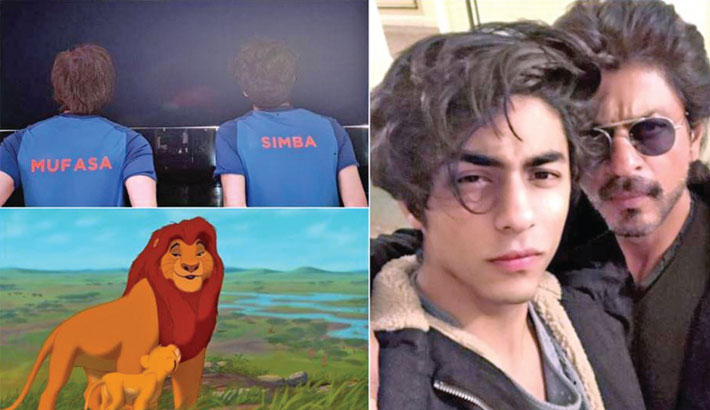 Actor Shah Rukh Khan has kicked off Father’s Day celebrations with his eldest son, Aryan. He tweeted special post featuring himself and Aryan in Team India’s cricket jerseys with a twist.

While Shah Rukh’s jersey read ‘Mufasa’, Aryan’s shirt read ‘Simba’, a callback to hit Disney animated film, The Lion King. “Ready for the match with the spirit of FathersDay. Go India Go!,” he wrote in his tweet, reports Hindustan Times.

Shah Rukh also launched the website for his Meer Foundation on Father’s Day. “A foundation I named after my father aims to create a network of support for women. No better day than Fathers Day for me to introduce our website to the world,” the actor wrote in a tweet.

Apart from Aryan, Shah Rukh and his wife Gauri Khan are also parents to daughter Suhana (19) and son Abram (6). Shah Rukh recently shared a picture of all his three kids on Instagram. “Another sweet picture from Abram’s birthday party... #fathersloveoverload,” he captioned the picture.

Aryan is seen holding his baby brother in his arms in the picture as they pose for the camera.

Aryan is studying filmmaking at the University of Southern California while Suhana is currently pursuing higher studies in London. Shah Rukh had earlier said that Aryan wants to become a director and is training for it in the US.