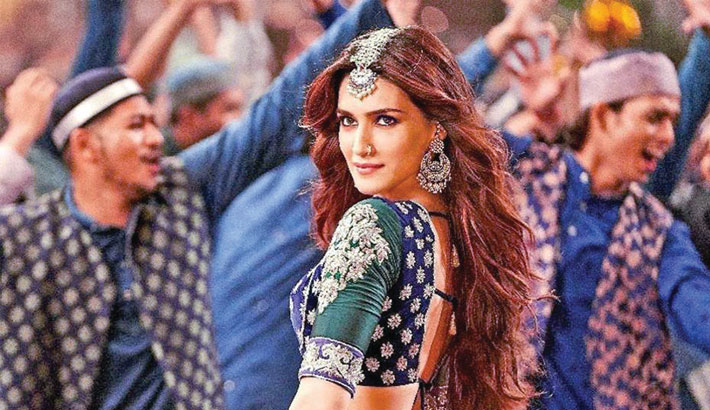 Kriti Sanon does not shy away from speaking her mind. Having earlier expressed that she does not like how certain songs are given the ‘item number’ tag, Kriti maintains she finds it a “little derogatory”, reports Hindustan Times.

“Why do people call these songs item numbers is something I really don’t understand. It does not give out good vibes. They are simply dance numbers that add to the entertainment factor of the film.

And these songs are loved by people. So why not be little respectful to those who are making these songs and also those who are a part of it,” says Kriti, who has performed two special songs for Stree (Aao Kabhi Haveli Pe) and Kalank (Aira Gaira). Both the songs were received well by the audience.

Kriti further rues that this partiality is only when a female actor is doing a special number and male actors never have to face the brunt of such tags. “When Aamir sir, Shah Rukh sir or Salman sir perform a special songs in films they are never called item numbers. Then why changes when a female actor does the same? This mindset need to change,” adds the actor, who will be seen next in Panipat, Arjun Patiala and Housefull 4.

For someone like Kriti, who enjoys dancing as a passion, such tags are unnecessary and a bit hurtful, too. “I was studying to be an engineer when modelling and acting happened. I realised midway that’s my calling because I have always been creative. Also, dancing is something that I love. So be it any dance numbers, they’re all really close to my heart, which is why this ‘item song’ tag is a little upsetting. In the long run, I would like to do a dance film as well,” she shares.