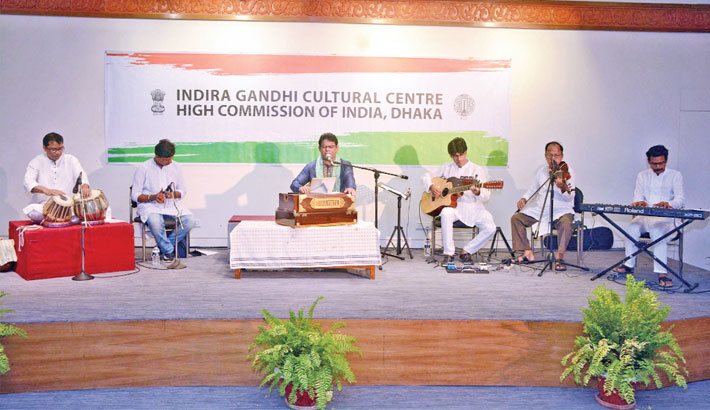 Renowned Tagore singer Kamal Ahmed enthralled the audience with his beautiful and soulful voice at a musical evening held at Bangladesh National Museum on Saturday. He presented a collection of beautiful Tagore songs based on the Rainy Season.

Kamal Ahmed is a renowned media personality, music connoisseur and eminent singer in Bangladesh. He is better known as a devoted and noted Tagore singer in addition to his responsibilities of a capable executive in Bangladesh Betar.

He is an enlisted “Special Grade” singer of Bangladesh Betar and Bangladesh Television.