Rohingyas: Forgotten or Written Off 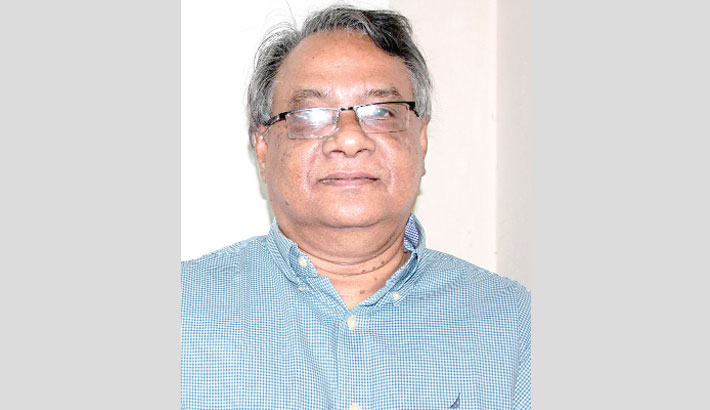 For quite sometimes, the forcefully displaced Rohingyas are coming to Bangladesh to escape from the atrocities like, murder, rape and arson being committed by the Myanmar security forces. The latest exodus started from 25 August, 2017. Since then, according to the UN High Commissioner for Refugees (UNHCR) more than 723,000 Rohingyas have crossed over to Bangladesh. Records suggest that the Rohingyas have been subjected to similar kind of crimes against humanity leading to ethnic cleansing for more than a decade. Presently there are more than a million Rohingyas living in different camps in Bangladesh. Though agreements have been signed with the Myanmar government for the safe return of the Rohingyas to their homeland but they are still not been repatriated for the alleged non-cooperation, on a number of pretexts, by the Myanmar government. The prolonged stay of the Rohingyas poses a number of challenges to Bangladesh. This is causing a severe burden on the national exchequer as the Bangladesh government is providing basic necessities of life like food, shelter, healthcare to them. However, assistances are being provided by different countries and international agencies for the said purposes. But these need to be supplemented by Bangladesh government resources. Their prolonged stay here would require more resources. It has been the experience of different countries that hosted refugees at different points of time, the international supports wane with time if the crises persist. In this kind of situations, the ultimate financial burden of humanitarian assistance falls on the host country. Bangladesh also experienced similar situation with the earlier forcefully displaced Rohingyas those were not taken back or repatriated by the Myanmar government. The Rohingya camps are in Cox’s Bazar-Teknaf region. These camps are adjacent or very close to the settlements of the local citizens. These camps are challenges to peace and social harmony. There have been cases of conflict of interests among various groups of the Rohingyas and the local communities on the question especially of local resource sharing. These incidences are posing serious threats to peace and harmony in the region. There has been large scale environmental degradation in the area due to indiscriminate felling of trees, cutting of hills and clearing of forest lands. Over exploitation of natural resources to support the livelihoods of the Rohingyas have been causing serious negative impacts on the local environment. This degradation in Cox’s Bazar and Teknaf region which is a fast developing premier tourist destination of the country has started negatively impacting the local tourism industry and causing problems for its further growth and development. Security is another concern for Bangladesh. There are reports that many local and international terror organisations are trying to make inroads among the Rohingyas. These organisations are trying to use the Rohingyas for terror purposes which has become a serious terrorist threat particularly to Bangladesh. There is also the possibility of committing terrorist acts in the international arena as many of Rohingyas have already been relocated in different countries of the world. They could establish a terror network in different countries. It is reported that in the Rohingya settlement areas the ‘Yaba’ trade has increased and allegations are also made that some of the Rohingya displaced persons are actively involved in such trades. Increase in human trafficking is another danger that has become a concern too.

Diplomatically Bangladesh has been active on the Rohingya issue especially from the very beginning of the current crisis. The issue was taken to the international arena. But it was interesting as well as surprising to note that that the regional and super powers like India, China, Russia and United States of America did not react or tried earnestly to stop these atrocities committed against civilian population including women and children. It is alleged that their national interests have overtaken humanitarian considerations. Humanitarian crisis are events that are threatening to life, safety, security and livelihood of people and national interests include claims, objectives, goals, demands and interests of a nation that it tries to preserve, protect, defend and secure. In this case, the immediate national interest holders are Myanmar, China, India and the USA. The interest lies to the fact that Myanmar has quite sizeable reserve of oil and gas, and China and India particularly want to get hold of those crucial resources much needed for their accelerated economic growth. In terms of market potential the prospect is quite huge in terms of total number of population of Myanmar. All these countries mentioned earlier have an eye on the emerging market of Myanmar. Again, Myanmar is strategically located next to India and China’s rival for dominance. In this case, the United States would be happier to have Myanmar on its side along with India to minimise rising Chinese influences in the region. Myanmar’s strategic location on a trijunction between South Asia, Southeast Asia and China is economically and strategically significant to especially China and India. Strategically, Myanmar can offer opportunity to China to ensure its strategic presence in the Indian Ocean. In this case, India also has an important stake along with China. However, other nations those matter in the international arena including the UN agencies came forward with assistances and supports. The USA, China and India also provided assistances in the form of aids to the cause of the Rohingyas. Under international pressure, the Myanmar government had to sign agreement with Bangladesh to take back the Rohingyas. But it did not bore any fruit yet. Now it is evident that the Myanmar government is not at all keen to take them back. The Rohingyas are also very reluctant to go back because of lack of security and the absence of favourable and conducive environment. Here it should be mentioned that such environment needs to be created by the Myanmar government as per the provisions of the agreement. The diplomatic pursuit of the Bangladesh government to peacefully resolve the humanitarian crisis is continuing. In recent times, it has been further intensified. The honourable Prime Minister Sheikh Hasina has undertaken the issue as one of her prime agenda in her talks with world leaders. She raised the issue in the UN General Assembly and made a number of recommendations for the solution of the problem. He took up the issue with the Japanese Prime minister during her recent visit to Japan. In the just concluded OIC summit held in Makkah, Saudi Arabia she urged for OIC’s support to take the case of the Rohingyas to the International Court of Justice (ICJ). It has been learned from newspaper reports that she is going to talk to the Chinese leadership on the repatriation of the Rohingyas during her forthcoming visit to China. It appears that in any future meeting with the Indian reelected leadership the possible way out or solution to the Rohingya problem will receive due prominence. All these developments speak that continuous and vigorous diplomatic initiatives need to be ceaselessly pursued by the government to put international pressure on Myanmar to take back the Rohingyas. Slacken and half hearted diplomatic efforts will led to the death of a rightful cause and Rohingyas will be ‘forgotten and written off’ by the world community like many others that happened in the past leaving Bangladesh to bear the burden that she can hardly afford to do without putting at peril the peace, security and development of the country.