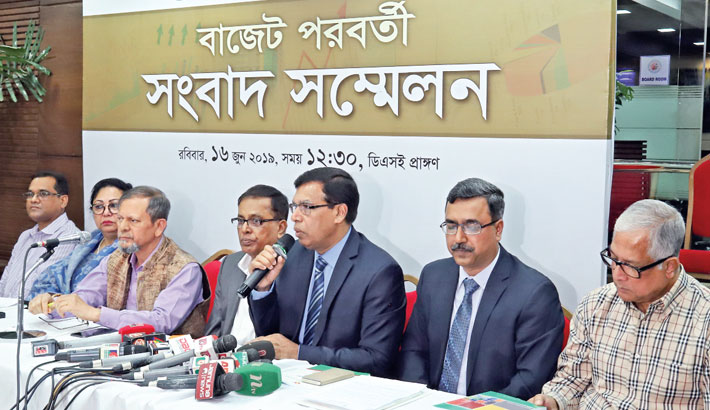 At a press conference at DSE conference room on Sunday, DSE Managing Director KAM Majedur Rahman said the proposed budget has been coordinated with the achievement and expectation of the investors as the government has given several guidance for reforming the capital market and incentives for the investors, reports BSS.

“DSE is congratulating and thanking Finance Minister AHM Mustafa Kamal for taking initiatives to bring expansion and mobilization of the capital market,” he added.

In the proposed budget for FY20, the government proposed to rise tax-free dividend income to Taka 50,000 which is now Taka 25,000. Also 15 percent tax has been imposed on stock dividend distributed to shareholders by any listed companies.

He hoped that the proposals for developing the capital market will create a positive environment in the market and accelerate the country’s economy. “Under the initiative, private sector will become stronger and an investment friendly environment will be created in the country. The initiative will attract more foreign investors,” he added.

In the proposed budget, he said, the government is planning to give opportunities to invest the undisclosed money in the industrial sector.

“The opportunity will help establish more industries and crate employment generation,” he added.