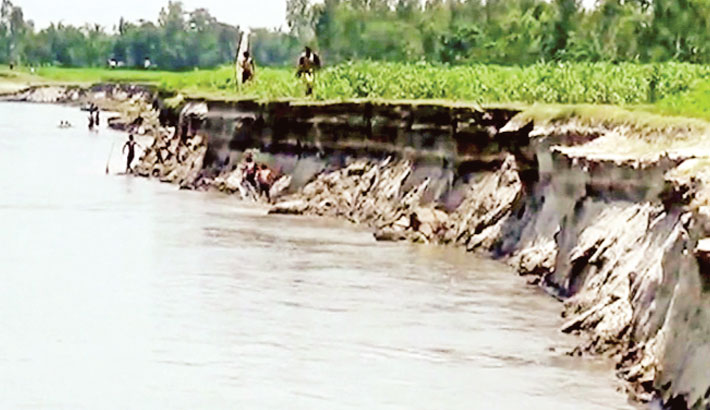 Erosion by the Brahmaputra river continues to devour several homesteads, educational institutes and vast tracts of cropland in different parts of Ulipur upazila in Kurigram district. The photo was taken on Sunday. — PBA Photo

He was talking to journalists while visiting various proposed projects in Matlab Uttar upazila of the district, a press release said on Sunday.

The minister said about 65 disaster-prone regions has been identified in the country ahead of the upcoming monsoon season.

A total of 22 erosion-hit areas have been visited so far, he said, adding the number of concerned officials have been increased in those areas which are prone to river erosion.

Lawmaker Nurul Amin Ruhul and senior officials of the Water Development Board were present during the visit.