Proposed budget to be investment-friendly 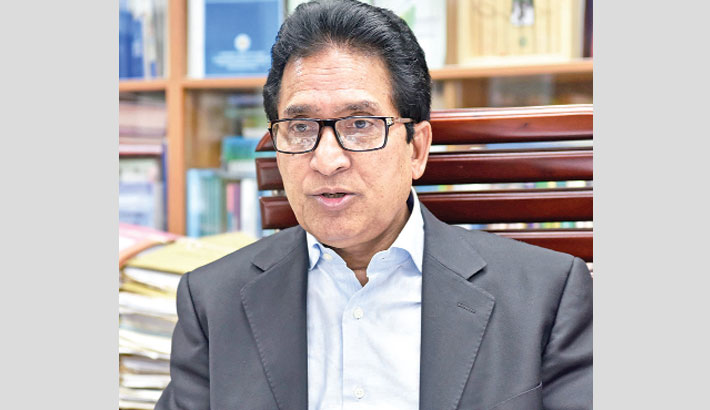 National Board of Revenue (NBR) Chairman Md Mosharraf Hossain Bhuiyan said that the proposed national budget will be investment-friendly, paving the way for generating employment opportunities and facilitating local industry as well as business community.

He made the remark during an exclusive interview with the Daily Sun at his office in the capital on Sunday.

Although implementation of such a big budget is more challenging, the NBR has already started work to collect the revenue set by the government.

The NBR chief expressed the hope for accelerating revenue growth in line with the budget.

It’s a challenging job for the revenue authorities having shortage of manpower and some other limitations, he said.

“Once people had tax fear, but now the perception has changed. They want to pay taxes. Tax officials are also keen to give them favourable atmosphere,” the NBR chairman added.

“When any kind of reformation comes to reality, it helps to increase revenue collection. This year new VAT law is going to be implemented that will help increase revenue,” he hoped.

He further said they have introduced multiple rates of VAT instead of single rate to give comfort zone to all businessmen.

Mosharraf said the next budget will help turn undisclosed money into white ones. This initiative will help bring more investment in housing sector, Economic Zones and hi-tech park and as well as prevent money laundering.

Increasing investment in housing sector and industry will give a rise in the benefit of the undisclosed meaning. The number of taxpayers reach one quarter by 2021, the tax-GDP ratio is expected to rise to 15 percent.

He also hoped to reach the number of taxpayers at one crore by 2021 and the tax-GDP ratio is expected to rise to 15 percent.

There is nothing which will put burden on mass people said the NBR chairman echoed with Finance Minister AHM Mustafa Kamal’s budget speech.

“This budget will not spark price spiral as there is no such component . . . the budget has been prepared to fulfill demands of people of all strata of life.”

He said prices of 3-4 items like imported Sugar, soybean oil and powdered milk would be hiked for new budgetary measures. Imported sugar price may rise by Tk 4-5 per kg.

The NBR chairman said the government has recommended increasing specific duty and regulatory duty to protect 15 local sugar industries which employ 17,000 and about 4-5 lakh people depend on the industries.

Prices of soybean oil may increase by Tk 2-3 a litter, he said, adding that powdered milk is not only child food but it for all.

“Which types of powdered milk imported for child that would be out of duty measures.”

The government has decided to impose duty on imported powdered milk to protect local industries. There are a number of industries those are producing quality powdered milk. In somewhere local dairy farmers are not getting fair prices of their milk as a result, they feel discourage.

“We want to encourage them to continue their production,” Mosharraf Hossain, also senior secretary of the Internal Resources Division (IRD), said.

The NBR chairman hinted that some issues would be revised before passed the proposed budget by the national parliament. It depends on lawmakers’ opinions.

Some steel industry argues to revise import duty on steel billet, said Mosharraf Hossain who joined as BCS Audit and Accounts Cadre in 1981 and served various ministries and departments.

The government has proposed to reduce specific duty on imports of gold bars and jewellery through appropriate channels.