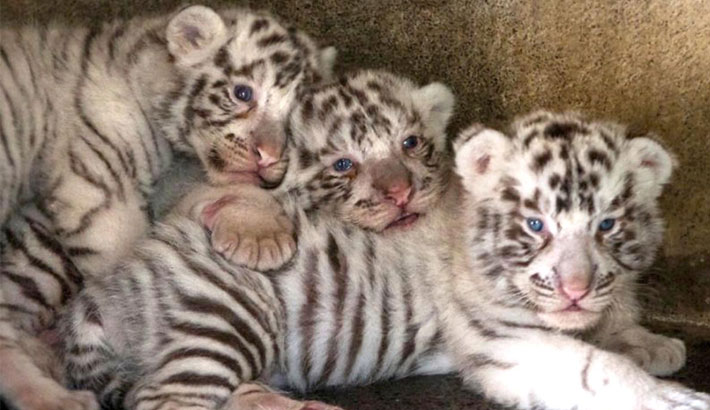 The cubs were found hidden in the car of a Libyan driver at the southern Ras Jedir border post, a statement by Tunisian customs said.

According to Tunisian authorities, the Libyan said he “bought the tigers in a private zoo” in the eastern Enfidha region.

The zoo where the Libyan claimed to have bought the cubs announced the birth of tigers around two months ago.

White tigers and lions are extremely rare, with only a few hundred worldwide, and owe their appearance to a recessive gene.