IUCN to put Sundarbans on ‘Heritage in Danger’ list 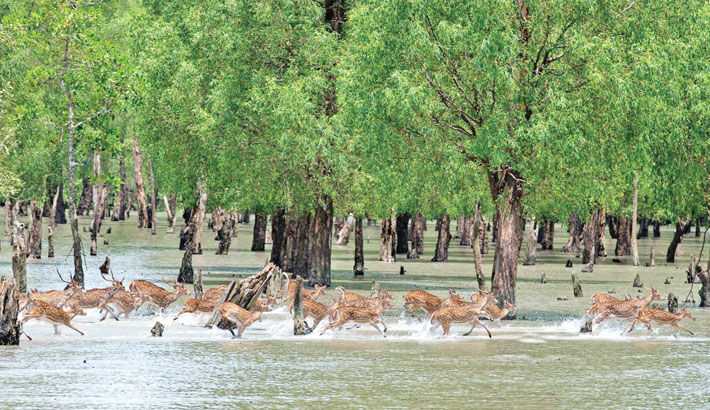 International Union for Conservation of Nature (IUCN), the official advisor on natural World Heritage, recommends for three natural sites, including the Sundarbans in Bangladesh, to be listed as "World Heritage in danger," reports UNB.

The other two sites are Mexico's Islands and Protected Areas of the Gulf of California and the Ohrid region in North Macedonia.

IUCN's advice has been released on June 7 by UNESCO and is addressed to the World Heritage Committee, the governing body on World Heritage made up of 21 governments, according to IUCN.

The Committee will take decisions at its annual meeting in Azerbaijan from 30 June to 10 July.

IUCN recommends placing the Sundarbans in Bangladesh on the List of World Heritage in Danger due to severe threats from coal-fired power plants and numerous industrial activities in close proximity.

The site is part of the world's largest mangrove forest, home to the royal Bengal tiger.

Following a joint IUCN-UNESCO mission in 2016, the World Heritage Committee called for the large Rampal power plant project, planned 65km from the site, to be cancelled and relocated. Despite this, its construction has continued without any assessment of its impact on the Sundarbans' World Heritage values.

Two additional coal-fired power plants are being constructed on the Payra River, which flows into the same bay as the Sundarbans, it said.

Over 150 industrial projects are also active upstream of the site, and their associated shipping and dredging activities further threaten its hydrological and ecological dynamics. The hydrological systems, which drive this dynamics, are very large in scale and vulnerable to upstream impacts.

IUCN aims to improve the management of World Heritage sites and enhance the role of the World Heritage Convention in nature conservation and sustainable development.