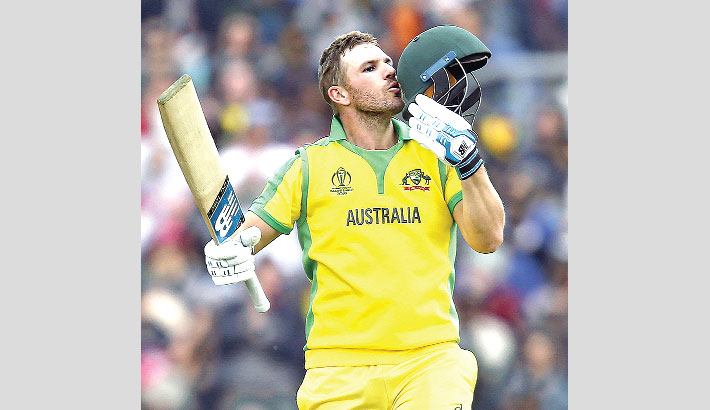 LONDON: Australia captain Aaron Finch and pace bowler Mitchell Starc stole the show as the holders eased to an 87-run win over Sri Lanka at the Oval on Saturday, reports AFP.

Finch equalled his career-best one-day international score with a masterful 153 and Steve Smith chipped in with 73 as Australia scored 334-7.

Needing a World Cup record run-chase to claim a shock win, Sri Lanka got off to a flying start thanks to a first-wicket partnership of 115 between captain Dimuth Karunaratne and Kusal Perera.

But Perera departed for 52 and when Karunaratne fell on 97 the game swung back in Australia’s direction.

Starc was the catalyst with a fiery spell of three wickets in six balls, Australia eventually dismissing Sri Lanka for 247 thanks in large part to his 4-55 from 10 overs.

Kane Williamson added three wickets of his own as Australia made it four wins from their five group matches after previously beating Afghanistan, the West Indies and Pakistan.

Their lone defeat in the 10-team tournament came against India and their latest victory puts them well on course for a semi-final berth.

Sri Lanka have only one win from their five matches, a disappointing run that includes two washouts.