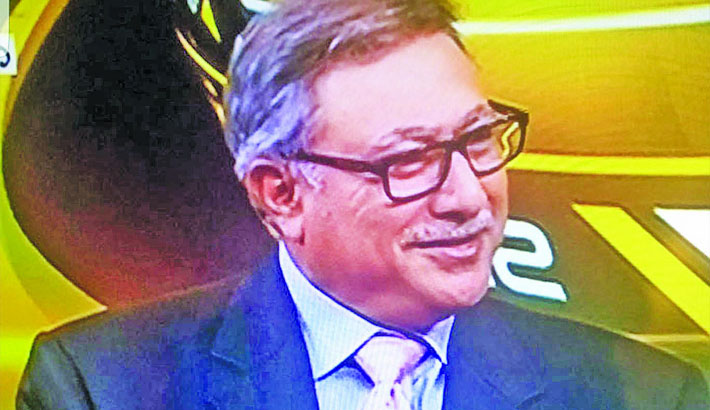 An India-Pakistan encounter anywhere in the world especially if it’s an ICC event brings the countries to a complete standstill. Today’s match at Old Trafford, Manchester will have far more important ramifications than the previous tussles as the two countries have fresh memories of the recent skirmishes across their borders that could have led to something more serious but for sanity prevailing at the end. Indians have triumphed over Pakistan on all six previous occasions in the World Cup beginning 1992 and the present team under Virat Kohli seem to have reached its pinnacle.

If measures of any kind of peaceful settlement off the field hasn’t worked out yet the events taking place today on a cricket field is likely to yield results which would affect billions on the planet. The two captains Virat Kohli and Sarfaraz Ahmed will have their hearts in their mouths and starting from the toss of the coin, the fate of not only the two captains but the two countries would be almost on a knife’s edge.

The two captains would try to outwit the other through their verves, nerves, resolve and courage and give to their fans a lot to cherish. Therefore, the team that are able to hold their nerves better and are able to show case their expertly honed skills today will have the last laugh.

Pakistan will be going to the match as clear underdogs and a situation they can use it to their advantage given that their prospects even after winning the match would not ensure them a semi-final berth. Whereas India even after sharing points with New Zealand due to their rained off match are all but confirmed of their top four position after having beaten two strong sides South Africa and Australia as they look absolutely indomitable. The only cause for concern for India is the missing out of Shikhar Dhawan due to injury and having their momentum hugely jolted.

India’s batting success during recent times have centred around Virat Kohli’s prolific contribution with the bat. The master batsman has already amassed close to 11000 runs with an enviable average of almost 60 with a mind boggling 41 hundreds to his name. The other dominant aspect of India’s progress as one of the top sides in ODI cricket have been the prolific and consistent opening partnership of Rohit Sharma and Shikhar Dhawan .The two have established themselves as one of the finest opening pairs in one day cricket of all times and with Shikhar Dhawan missing from the batting line up, the opening slot in all likelihood would go to the stylish KL Rahul.

One of India’s problems before even the World Cup started was the number four position which was up for grabs and KL Rahul, Vijay Shankar and Dinesh Kartik being the three candidates for the position. KL Rahul has not lived up to his expectations thus putting the selectors in a lot of worries as the middle order is somewhat exposed with the onerous job on to the strong shoulders of MS Dhoni who no doubt is one of the all-time great ODI player and one of the greatest finishers as well.

The two Pakistani opening batsmen Fakhar Zaman and Imam-ul-Huq could do well to play out Jasprit Bumrah taking the aggressive mode as both the openers are also in tremendous form. If the front line Pakistani batsmen are able to take the attack to the Indians and pile up anything above 300 runs then they offer themselves an even chance of winning the match given the form that their fast bowlers have been in and should be giving the Indians a run for their money. The Pakistanis would be fully aware that Virat Kohli is most effective and constructively destructive while chasing runs and there has never been anyone in the history of one day cricket a better exponent than him.

Lacking in the firepower that Hardik Pandya possesses with both bat and ball, Pakistan would have to rely hugely upon Babar Azam and Mohammad Hafeez yet again to play crucial roles as they have to combat a very lethal bowling attack added with the wiles and guiles of Yuzvendra Chahal, Kudeep Yadav (if he plays) and Ravindra Jadeja. An advantage that Pakistan have never been known to take is the hitting ability in the power play situations as in the manner in which Hardik Pandya goes about doing his demolishing act. Pakistan have also been lacking since the days of Wasim Akram is the finishing off the tail and giving the killer blow during crunch moments and something that Pakistan would be needing today against Virat Kohli’s men and which could be the difference between the two teams should the game be played uninterrupted due to rain.