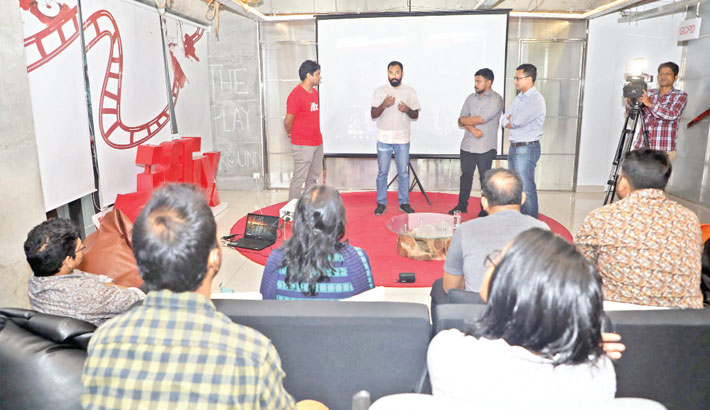 For the first time, a smartphone has been used to film a professional production in Bangladesh. 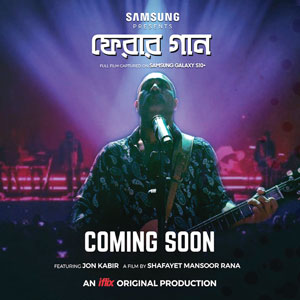 This was disclosed at a press meet followed by a special screening of the short film held at iflix’s office in the capital’s Banani area on Saturday.

Director and artistes of the film also shared their experiences on the occasion.

The story of the short film revolves around Rubab Khan (Jon Kabir) who is a famous star of the country. His music is adored by everyone and he has millions of fans. However, he is very ego-centric and looks down upon people.

During a concert, a super fan (Sayeed Zaman Shawon) of his manages to make his way to the backstage where he asks for a selfie. In response, Rubab behaves rudely with him to the point when the fan has to be thrown out by his guards.

The next morning, the famous star finds out that he has lost his voice.

His voice was ruined. He tries everything to find out the reason but to no avail.

He started to lose everything, his career, his fans and even his girlfriend (Azmeri Asha). Realisation struck him and he sets out to find the fan whom he had mistreated.