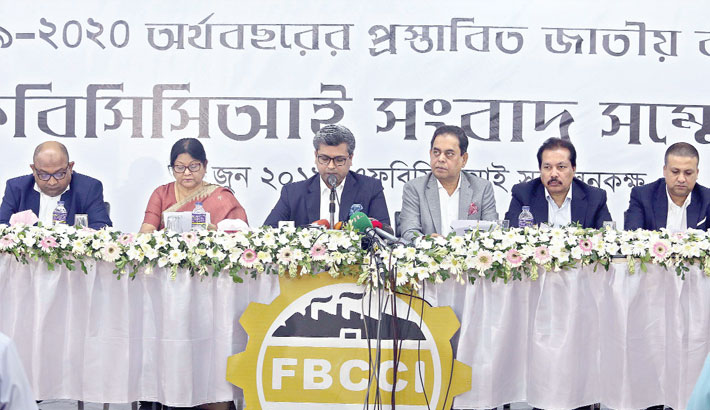 Federation of Bangladesh Chambers of Commerce and Industry (FBCCI) President Sheikh Fazle Fahim speaks at a press conference on proposed national budget at FBCCI auditorium in the capital on Saturday. 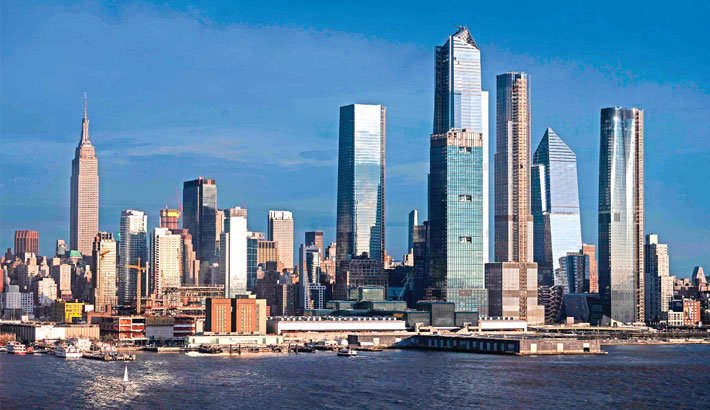 A sail boat is illuminated by a reflection of the setting sun on a high-rise building of midtown Manhattan of New York City, seen from Hoboken in New Jersey. Lawmakers in New York state on Friday passed a bill aimed at protecting lower-income families from skyrocketing rents -- a move seen as a victory for tenants amid a crippling lack of affordable housing. 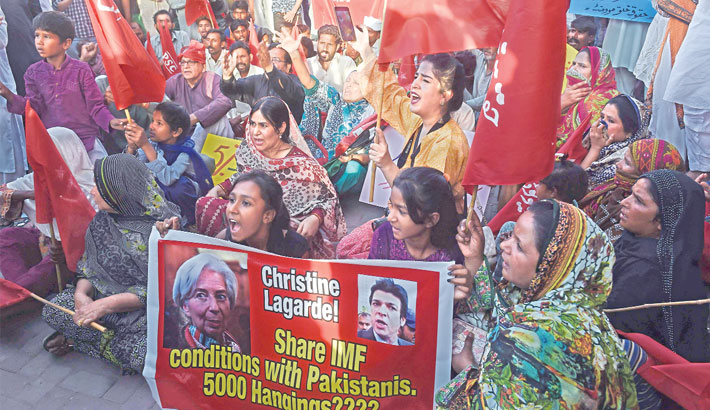 Pakistani shout slogans and hold banners during a protest against the IMF and country's new budget in Lahore on Friday. Pakistan's government vowed to collect more taxes and make spending cuts in a closely watched budget presented to parliament recently, weeks after reaching a deal with the IMF for a $6 billion bailout. 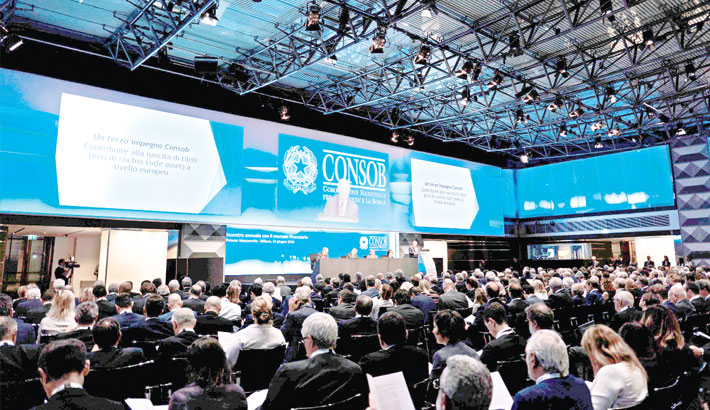 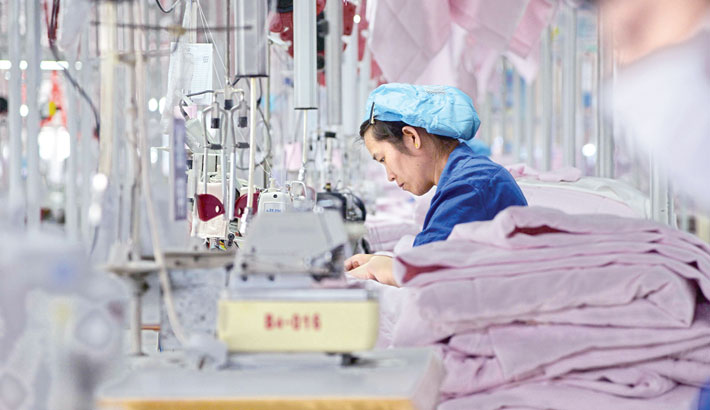 This file picture taken recently shows an employee working on manufacturing products that will be exported to the US at a factory in Binzhou in China's eastern Shandong province. China's economy showed further signs of weakness last month, with industrial output posting its slowest growth in 17 years, placing further pressure on the government as it tries to steady the ship while battling a trade war with the US. 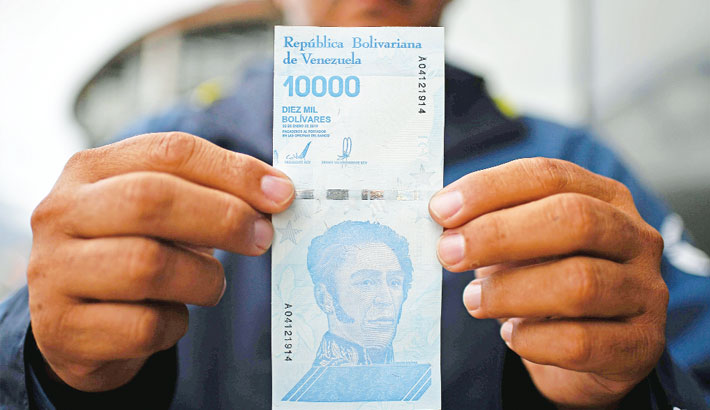 A man shows the new ten thousand Bolivar note in Caracas recently. Venezuela is again issuing new banknotes recognising the inflation spiral. The new notes of 10,000, 20,000 and 50,000 Bolivars started their circulation on Thursday, the 50,000-Bolivar note is worth one hundred times more than the currently largest face value.