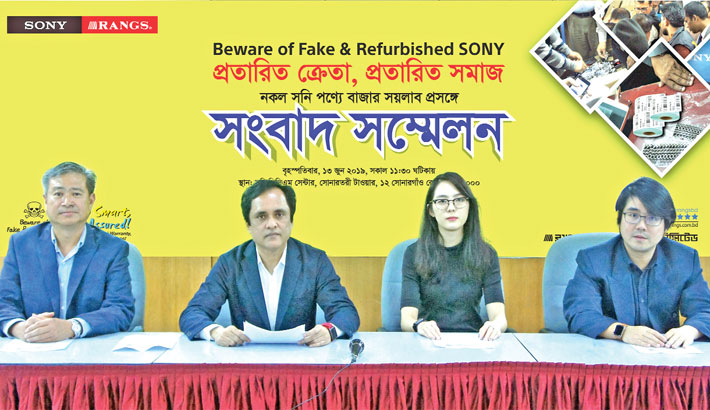 Along with a deceived customer – Md. Saiful Islam, other high officials of Rangs Group of Companies and Bashundhara Group, business associates and journalists from different newspapers and satellite channels were also present on the occasion.

The reason of the most popularity brand’s – Sony’s for outstanding performance for clear sound, performance, durability, after sales service and the advantage of the dependency of customer towards Sony brand, Bangladesh local market is flooded with fake and duplicate copies of Sony products, specifically Sony LED TV.