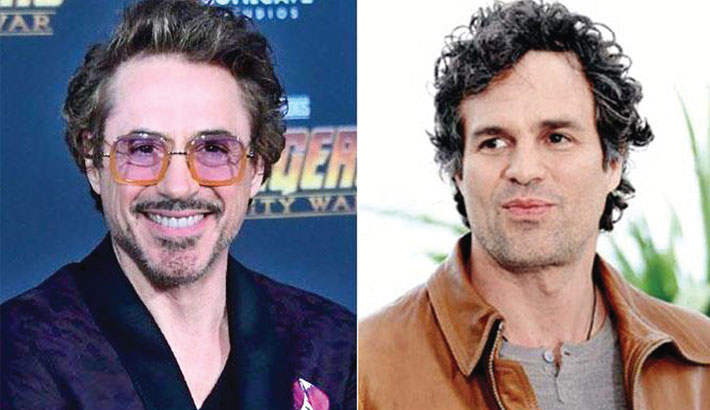 Downey Jr. comes up with witty captions for his social media posts. Not sparing Evans with yet another comic caption, Downey Jr. shared a gif on Twitter and wished his co-star by writing, "Happy birthday to America's ass.

The world's a better place, and I owe you a kiss on the cheek!"

While Ruffalo, who plays Hulk in the Avengers franchise, posted a picture of himself with Evans from the sets on Twitter and wished him affectionately. "Happiest of birthdays to the fantastic Chris Evans. Love you, Bro. Always there when you need him. Wishing you all the best today!" he tweeted.

Calling him a gem, Evans replied to Ruffalo's wish, "Awwww, buddy. You're a gem."

Evans, Downey Jr., and Ruffalo were last seen in the last in the Avengers franchise, 'Avengers: Endgame', which marked the end of the Marvel Cinematic Universe which comprises 22-films including 'Spider-man: Homecoming' and the recently released 'Captain Marvel'.

While fans won't get to witness Evans as Captain America anymore, they can see him next in Antoine Fuqua's 'Infinite', releasing next year on August 7.