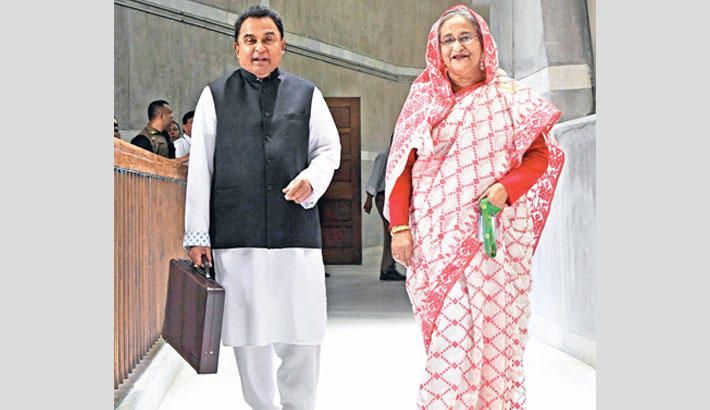 Finance Minister AHM Mustafa Kamal in his budget proposal on Thursday hinted about a number of important directives together with some relevant actions in order to bring back discipline in the country’s financial sector.

No mentionable instruments were used earlier in the country’s financial sector that allows banks to offer long term loans by collecting short-term deposits. And this creates a mismatch and sometimes it turns out to be critical, Mustafa Kamal said.

To remove the mismatch, the finance minister vowed to take some measures, which will encourage instruments like Wage Earners’ Bond, venture capital and treasury bonds.

The government is also planning a number of reform initiatives for banks’ capital (authorized and paid up) framework and Bank Company Act so that bank management and all components of revenue management (VAT, Customs and Income Tax) can function as usual, without facing any conflict with other laws.

The Bank Company Act will be amended so that amalgamation, merger and absorption of banks can be legally processed if required, the minister said.

“Stern measures will be taken against the willful defaulters of bank loans,” said the minister in his budget speech, adding that the government has been working to reduce the lending rates to a single digit in order to make industries and businesses more competitive.

Necessary amendments will be brought to the Bank Company Act to modernize the functions of holding and subsidiary companies, he said.

The minister also noted that necessary reform initiatives have been taken so that the loan recipients can repay their loan in time, and for establishing improved loan culture in the country. A central database for large credit (CDLC) has been established for close monitoring of large loans and strengthening the monitoring system of banks and financial institutions.

Instruction has also been given to keep the weighted average spread of interest rates limited within four per cent except for credit cards and consumer loans, he added.

Kamal also hinted at establishing a Bank Commission for bringing discipline in the banking and financial sector. “We will discuss with all concerned in this matter and do the needful,” said the finance minister in his budget speech.