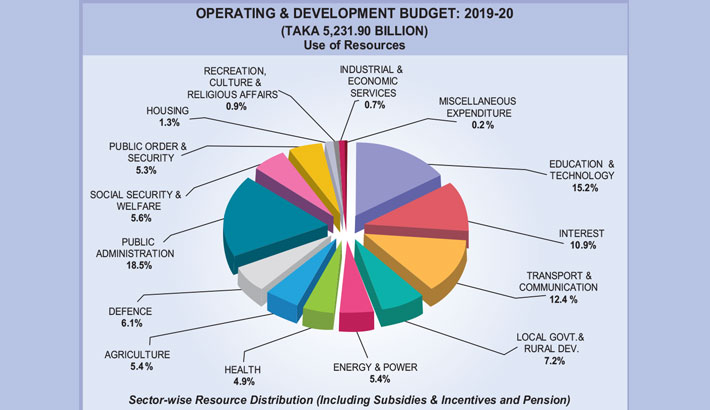 The proposed budget projected the GDP growth at 8.2 per cent and inflation at below 5.5 per cent in fiscal 2019-20. 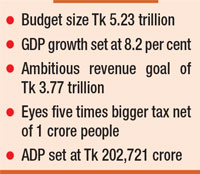 For executing the ambitious expenditure plan for fiscal 2019-20, Finance Minister AHM Mustafa Kamal vowed to bring some 80 lakh more people under the tax net to raise the number of taxpayers to one crore.

“All eligible taxpayers will be brought under the tax net. We want to raise the taxpayers’ number to one crore which is now only 21-22 lakh whereas four crore people are in the middle-income group,” the finance minister said in his budget speech in parliament.

Kamal also seeks to raise the tax-GDP ratio from existing around 10 per cent to 14 per cent in the next two years as low revenue compared with other peer countries remains a major concern for the country.

For doing so, he will resort to new multi-rate VAT law, curbing tax evasion through false declaration during export and imports, expanding tax offices and making the tax administration more taxpayer-friendly. 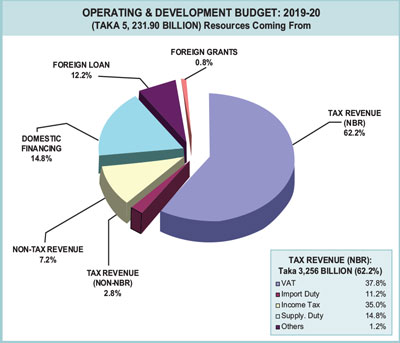 The move, however, will not increase prices of essential commodities, the finance minister assured, stating that they want to widen tax net; not tax rates.

The expected revenue mobilisation is going to be an uphill task for the government as the targeted growth in NBR revenues is higher than the last five years’ average growth of 15.16 per cent.

Tk 3,10,262 crore has been allocated for the government’s operational cost, while development expenditure’s size will be Tk 2,11,683 crore including Tk 2,02,721 crore Annual Development Programme (ADP). 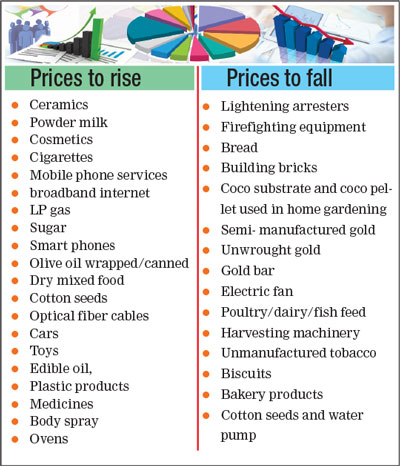 The government’s development aspiration reached a new height with ADP allocation crossing two lakh crore thresholds in new budget keeping an eye on a higher 8.20 per cent growth in FY20.

A lion’s share of Tk 2,02,721 crore ADP money will go to mega projects and rural infrastructure in line with the government’s electoral pledge to create civic amenities in rural areas.

Keeping rural development in mind, the transport sector got the highest Tk 52,805.69 crore or 26.5 per cent of total ADP, while as a single agency Local Government Division enjoyed the highest allocation of Tk 29,776 crore.

A total of Tk 35,318 crore has been allocated against nine mega projects in the FY20 Annual Development Programme (ADP) with Roopur nuke power getting the highest priority followed by metro rail and Padma bridge project.

In the development expenditure segment, the government will spend on special schemes and Food for Work Programme (FWP) other than the ADP. Next year, Tk 2,184 crore will be set aside for FWP. 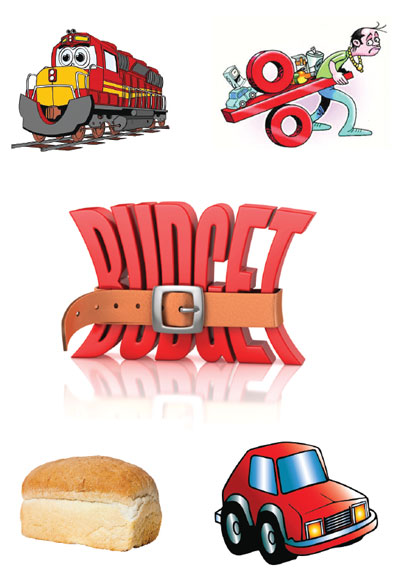 Budget deficit without grants will remain at Tk 1,45,380 crore or which is IMF’s permissible risk-free limit—5 per cent of GDP.

Enough protection has been given to local industries while incentives have been announced for emerging export-oriented industries to help diversify export basket.

Even though MPO for private educational institutions teachers remain halted for nine years, Kamal will allocate money in the new budget to accommodate new institutions and teachers.

Some 13 lakh more impoverished people will be brought under the government’s social safety net schemes to raise the number of total beneficiaries to 89 lakh.

Besides, start-up fund for unemployed youth, the introduction of crop insurance on a pilot basis will be new features of the budget, while people going abroad may be brought under the insurance facility.