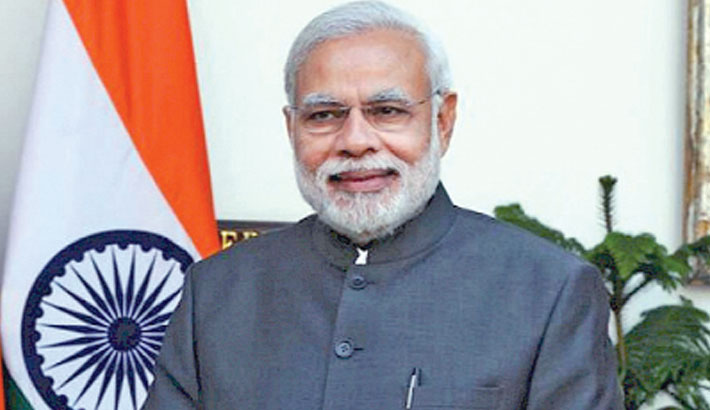 Modi arrived in the Kyrgyz capital on Thursday for the SCO summit, the first multilateral engagement post his re-election. The SCO is a China-led 8-member economic and security bloc with India and Pakistan being admitted to the grouping in 2017. “Deepening friendship with China. PM @narendramodi’s first meeting on the sidelines of the SCO Summit is with President Xi Jinping. Both leaders are discussing ways to further strengthen bilateral relations,” the Prime Minister’s Office tweeted. Modi met Chinese President Xi Jinping and discussed ways to further strengthen the bilateral relations.

Earlier in October, President Putin travelled to India for the 19th India-Russia annual summit during which he held comprehensive discussions with Modi on wide-ranging bilateral, regional and international issues.

Russia has been one of India’s key suppliers of arms and ammunition.

Prime Minister Modi, President Putin and Chinese President Xi Jinping held a trilateral meeting, the second among the three countries after a gap of 12 years, on the sidelines of the G-20 summit in Buenos Aires in December during which they underscored the benefits of a multilateral trading system and an open world economy for global growth and prosperity.

Ahead of the meeting, China hinted that President Xi would highlight the need to forge a united front against U.S. President Donald Trump’s policies of trade protectionism and unilateralism using tariffs as a weapon. China and the U.S. have been in an escalating conflict over trade for the past year. The scope of the battle has expanded in recent months as Washington has tightened trade restrictions on Chinese telecom giant Huawei.

Chinese officials hope that India, which is also facing trade frictions with the U.S. specially over termination of its designation as a ‘beneficiary developing country’ under the Generalised System of Preferences (GSP), would join the fight against Mr. Trump’s protectionist policies.

Last month, Mr. Xi extended his “heartfelt congratulations” to Prime Minister Modi for winning the general elections, in a rare gesture of greeting a foreign leader well before the official announcement of the results.

The economic and commercial engagement between India and China constitutes a major component of the bilateral relations with bilateral trade which crossed $95 billion last year and is set to cross $100 billion this year.

The two leaders have met more than 10 times in the last five years, including thrice after their informal summit in the Chinese city of Wuhan in April, 2018 — first at the Shanghai Cooperation Organisation (SCO) summit held in June last in China’s Qingdao, the second time at the BRICS summit in South Africa’s Johannesburg in July and third time in December last on the sidelines of the G-20 summit in Argentina.

The Wuhan summit between Prime Minister Modi and President Xi was largely credited to have turned around the bilateral relations soured by the 73-day Doklam standoff, triggered by Chinese troops attempts to build a road close to Indian border in an area also claimed by Bhutan in 2017.

After the Wuhan summit, both the countries stepped up efforts to improve relations on different spheres including the military-to-military ties.

Last month, the 1267 al-Qaeda Sanctions Committee of the powerful U.N. Security Council designated Pakistan-based terror group Jaish-e-Mohammed chief Masood Azhar as a global terrorist after veto-wielding permanent member China lifted its technical hold on the proposal by the U.S., the U.K. and France to blacklist him.

It was a huge diplomatic victory for India after a decade of relentless efforts to ban the mastermind of several terror attacks against India, including the deadly Pulwama attack against Indian security forces.