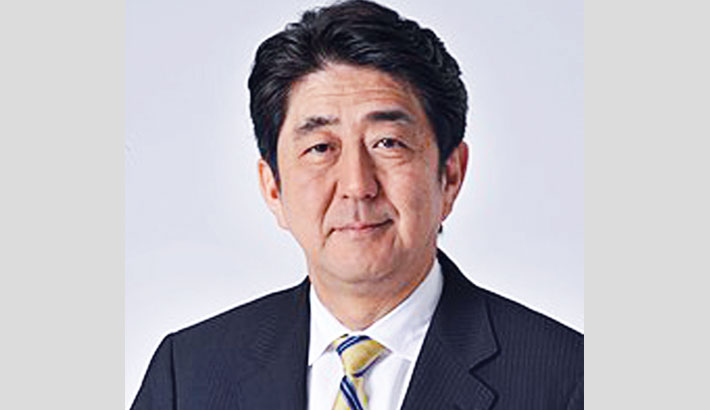 Tokyo is a key ally of Washington and has also traditionally enjoyed good ties with Tehran.

“Meeting with Mr. @AbeShinzo, the Prime Minister of Japan,” said a tweet on Khamenei’s official English-language Twitter account accompanied by a photograph of the two men.

Iran has been locked in a bitter standoff with the United States since US President Donald Trump withdrew from a landmark 2015 nuclear deal in May last year.

Washington has since reimposed crippling unilateral sanctions—which have forced Tokyo to halt its once-substantial purchases of Iranian oil—and launched a military buildup in the Gulf.

There have also been rising tensions in the Gulf region, with Saudi Arabia on Thursday warning Iran of “grave consequences” after Tehran-linked Huthi Yemen rebels wounded 26 people in a missile attack on a Saudi airport.

“It is essential that Iran plays a constructive role in building solid peace and stability in the Middle East,” Abe told a joint news conference in Tehran on Wednesday with Iran’s President Hassan Rouhani.

“Today, tension is rising in the Middle East. Some experts point out that the conflict might be triggered accidentally,” said Abe.

An armed clash “must be avoided by all means”, the premier stressed. He added that Japan “wishes to play an utmost role in its capacity to ease the tension. This is the one single thought that brought me to Iran.”

Addressing the same news conference, Rouhani said he expected a “very positive change” in the Middle East and the world if the United States stops its economic pressure on Iran through sanctions.

“If there are some tensions, (their) roots stem from America’s economic war against Iran. Whenever it stops we will witness a very positive change in the region and the world,” Rouhani said.