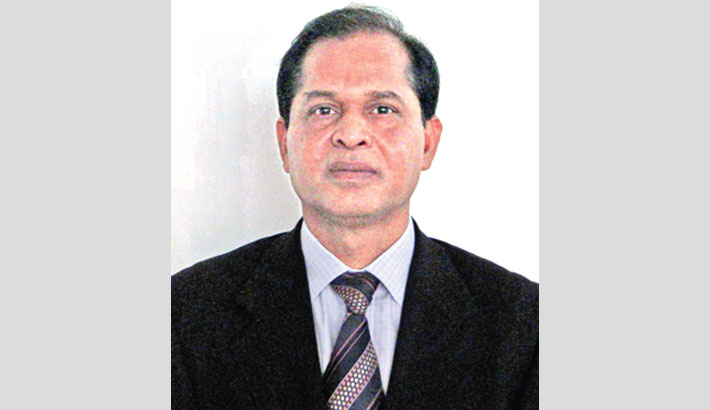 We know that Hon’ble Prime Minister Sheikh Hasina paid a 4-day official visit to Japan from 28 May 2019. This was her first bilateral visit abroad as Prime Minister after formation of the present government. Apart from the bilateral talks with Prime Minister Shinzo Abe, she attended the meeting of the Japan-Bangladesh Business Forum, the conference on ‘The Future of Asia’ and the reception organised by the expatriate Bangladeshis living in Japan. Her earlier visits to Japan were in 1997, 2010, 2014 and 2016.

The two Prime Ministers, at the official meeting, have discussed a wide range of issues related to bilateral, regional and international interests. They have agreed to work together in all sectors of cooperation for mutual benefits of the two countries and their people. While discussing the on-going situation of regional peace and stability, Japan has assured its assistance for the infrastructure development in order to increase regional cooperation. Besides, they agreed to strengthen mutual cooperation in the international arena, especially in the fight against terrorism and violent extremism, mitigating risks emanating from climate change and ensuring denuclearisation. The meeting also discussed the Rohingya crisis. Japan believes in early, safe, durable and respectable rehabilitation of the Rohingyas and, therefore, they have emphasised the creation of a favourable environment for their return to Myanmar. In this regard, Japan would always be with Bangladesh.

The number of Bangladeshis working in Japan might be ten to eleven thousands. The two leaders discussed about taking more skilled workers from Bangladesh. In this context, Japan has been requested to set up a training institute in Bangladesh for skill development. With a positive response, Japan has agreed to work on the strategies for implementation of this proposal.

At the bilateral meeting, both leaders, once again, pledged to work together at both national and international levels to fight against terrorism and extremism. It should be noted that, in June 2016, seven Japanese nationals were killed in the Holy Artisan incident in Dhaka. We know that the two countries had immediately taken appropriate steps to ensure that there is no adverse impact on the two countries’ relations. During this visit, the Hon’ble Prime Minister expressed her deep sympathy to the families of those victims.

Immediately after the bilateral meeting, a US$2.5 billion development assistance agreement was signed between Bangladesh and Japan in the presence of the two Prime Ministers. This Japanese fund would be used for five development projects in Bangladesh. This 40th Official Development Assistance (ODA) loan package will provide necessary funds to the Matarbari Port Development Project (1), Dhaka Mass Rapid Transit (MRT) Development Project (Line 1), Foreign Direct Investment Promotion Project (2), Energy Efficiency and Conservation Promotion Financing Project (Phase 2), and Matarbari Ultra Super Critical Coal-Fired Power Project (5). It is to be noted that Japan is Bangladesh’s largest bilateral development partner. Last year, Bangladesh had also received US$ 1.8 billion as Development Assistance (ODA) from Japan. Since 1972, the Japanese ODA in Bangladesh has reached US$ 11.3 billion. Bangladesh is the second country in the world that has received the highest amount of Japanese ODA. In a joint press conference after the signing ceremony, our Hon’ble Prime Minister has said that Japan would continue to cooperate with Bangladesh for its graduation to a developed country by 2041.

Prime Minister Sheikh Hasina also attended the meeting of the Bangladesh-Japan Business Forum held in the morning of 29 May. Referring to the existing relationship between the two countries, she has urged the businessmen to expand and strengthen the trade sector of these two countries. She expressed her hope of further participation of Japanese businessmen in all economic activities including investment in Bangladesh. We know that Japan is one of the ten biggest export markets for Bangladeshi products. However, Bangladesh’s import is still higher than its export; though the growth of export is comparatively increasing more than the growth of import every year. On the other hand, more than 260 Japanese companies are operating their business in Bangladesh. That is, the amount of investment in Japan is not also negligible.

Our Prime Minister also attended the Nikkei International Conference on ‘The Future of Asia’ held at Imperial Hotel in Tokyo on 30 May. Besides Japanese Prime Minister Shinzo Abe, the conference was attended by Malaysian Prime Minister Dr. Mahathir Mohamad, Cambodian Prime Minister Hun Sen and President Rodrigo Duterte of the Philippines. Sheikh Hasina has placed five proposals on how to keep the world moving towards prosperity on the basis of peace, stability and equality. The proposals were to strengthen the world to jointly address the global challenges and safeguard fairness and justice; to equip everyone with equal opportunity to ensure partnership, development and prosperity for economic development; to strengthen cooperation among Asian countries in the spirit of openness, inclusiveness, equality, sharing benefits and joint contribution; to create favourable conditions for every one in the international field for sustainable and balanced development; and to establish such a connectivity that would form the cornerstone of peace and prosperity around the world. She has also mentioned in her speech that Bangladesh prefers a peaceful resolution of the Rohingya crisis through dialogue.

Bangladesh's relationship with the people of Japan has been firm since our War of Liberation. And that relation was officially established on 10th February 1972 when Japan recognised Bangladesh as an independent country. Soon after, diplomatic relations between the two countries started. The first visit of a Bangladesh Prime Minister to Japan was paid by the Father of the Nation Bangabandhu Sheikh Mujibur Rahman in October 1973. During his bilateral talks with the then Japanese Prime Minister Kakuei Tanaka, they agreed to work together to develop the trade and economic relations between the two countries. At that time, at a dinner hosted by the Bangladesh-Japan Association in his honour in Tokyo, Bangabandhu said “During the Liberation War your support and sympathy was a source of strength and inspiration to our people. Whatever you did at that time went a long way in making Bangladesh, its people and its problems known to a wide section of the Japanese people. Since liberation you have collectively continued your noble efforts to promote the cause of Bangladesh thereby making a valuable contribution to the feeling of understanding and friendship that characterises the relations between our two countries.” That day, the foundation of relationship between the two countries and their people was built. And today, the little plant of that relationship has grown into a big tree at the hands of Sheikh Hasina, the illustrious daughter of the Father of the Nation.

Once, the ‘Look East Policy’ was well accepted by the leaders of South and South East Asia regions, Japan and South Korea were considered as the centres of that policy. Undoubtedly, we have much to learn from Japan. The initiative to send our skilled workers there is praiseworthy. However, if we can send our meritorious students to Japan to learn their advanced technology and other development and management strategies, it will not only strengthen our economy and the momentum of our development, but will drastically reduce our dependency on foreigners. And thus, we will also be able to save a lot of foreign currency.

For many reasons, Japan is very important for Bangladesh's development. Japan has been significantly contributing to our trade and investment sectors. Japan has a big role in constructing our socioeconomic development and infrastructure. There is no doubt that the relationship will be further strengthened with the implementation of the projects under the present ODA loan agreement. Above all, it is expected that this fund will contribute further to the development of Bangladesh.

Japan's support and cooperation in solving the Rohingya crisis is very much appreciating. However, we may like to seek Japan’s help in convincing China, Russia or even India so that the issue would be easier to resolve. We need to find out the ways to approach Japan in this regard.

In view of the substantive and constructive discussions held between the two leaders, we are confident that the recent visit of Sheikh Hasina to Japan will play a significant role in deepening, widening, strengthening and diversifying the relations existing between the two countries and their people through the stronger bonds of mutual trust, friendship, partnership, development and cooperation.