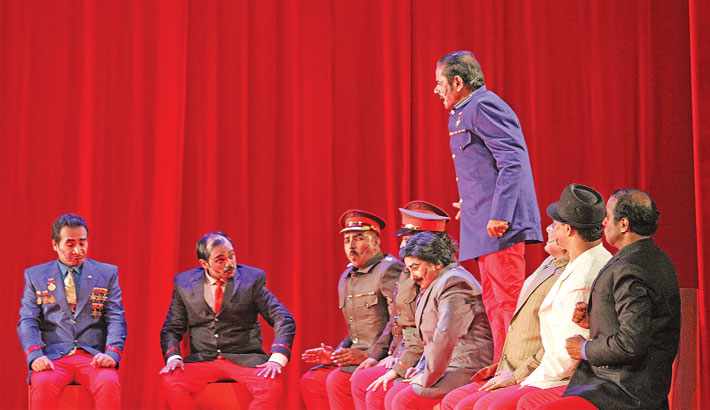 Professional theatre troupe Centre for Asian Theatre (CAT) premiered their new production ‘Stalin’, a biography of Joseph Vissarionovich Stalin, a Georgian revolutionary and Soviet politician who led the Soviet Union from the mid–1920s until 1953, on June 10-12 at the main auditorium of National Theatre Hall, BSA. Internationally-acclaimed theatre personality Kamaluddin Nilu was the dramaturge and director of the play while Raihan Akhter translated the play into Bengali.

The play is about the time when Joseph Stalin led the Soviet Russia. He used to believe that ‘death is the solution to all problems’. To wipe out accused ‘enemies of the working class’, Stalin instituted the ‘Great Purge’, in which over a million were imprisoned and at least 700,000 executed between 1934 and 1939. In his early life Stalin joined the Russian Social Democratic Labour Party. After the October Revolution in 1917, when Bolsheviks seized the power and created a one-party state under Lenin's newly renamed Communist Party, Stalin joined its governing Politburo. Serving in the Russian Civil War before overseeing the Soviet Union's establishment in 1922, Stalin assumed leadership over the country following Lenin's death in 1924. By 1937, he had complete control over the party and the state. 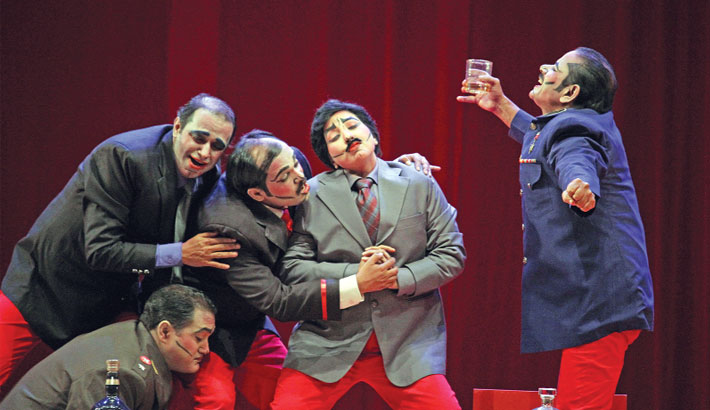 The play is a satire about how Stalin’s dream fails due to his autocratic decisions and flatterers. The play begins with the scene when Stalin is watching a movie directed by Sergei Mikhailovich Eisenstein in his villa with his daughter Svetlana, secretary Alexander Poskrebyshev and bodyguard Nikolai Vlasik in attendance and waiting for his politburo members. He enjoys the film but suddenly he gets frantic. In the meantime, his secret police chief officer comes and gives a list of some of his politburo members to be fired. After that the officer leaves the place and the politburo members meet Stalin. Later Stalin starts playing a cruel wild political game by punishing not only his political enemies but also his comrades. Bukharin and Trotosky are fired from politburo. He orders to arrest Bukharin, one of his companions, and hang him through a so-called trial. Soviet theatre director, actor and theatrical producer Vsevolod Emilevich Meyerhold is arrested, tortured and executed. All of his politburo members start living with the fear of death or being fired. With a view to saving their lives they turn into the flatterers of Stalin. By dint of his controversial activities, Stalin gradually becomes the most powerful but a lonely and isolated leader. At the age of 70, he realizes that he is occupied and surrounded by flatterers only. With such realization in mind he embraces death at the age of 74. 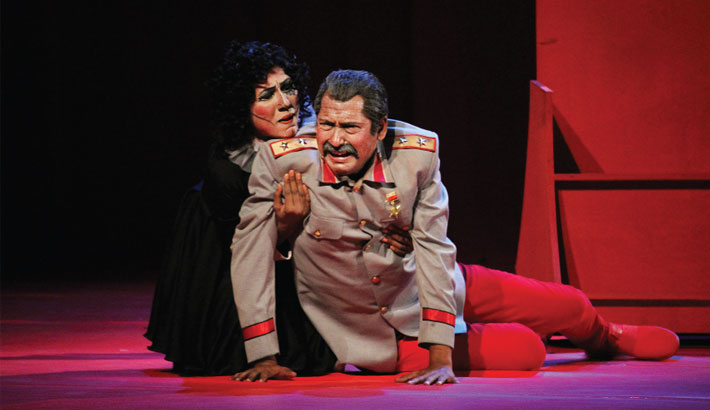 Shahadat Hossain portrayed the character of Stalin whereas Sabina Sultana, Rayhan Akhter, A K Azad Setu and Mohammad Rafi Suman performed the roles of some other important characters. The stage was designed by Sardar Aftabuddin while Nasirul Haque Khokon designed the lights. Ahsan Reza Khan was in charge of sound, music and videography while animation was done by Shahadat Hossain Apu. A huge number of audiences came to enjoy the play. 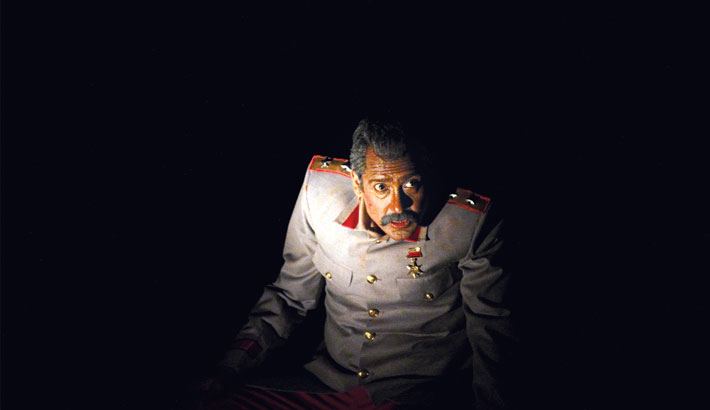 It is mentionable here that after a long time Kamaluddin Nilu directed a play for the Bangladeshi audience. Kamaluddin Nilu is a theatre director and researcher, affiliated with the Centre for Ibsen Studies, University of Oslo, where he was a member of the Ibsen Between Cultures project. Kamaluddin has been a member of the jury for the International Ibsen Prize and a board member of the International Ibsen Committee. He has published several research articles on Ibsen. However his directorial work ranges from classical to modern and contemporary plays, produced in different countries.