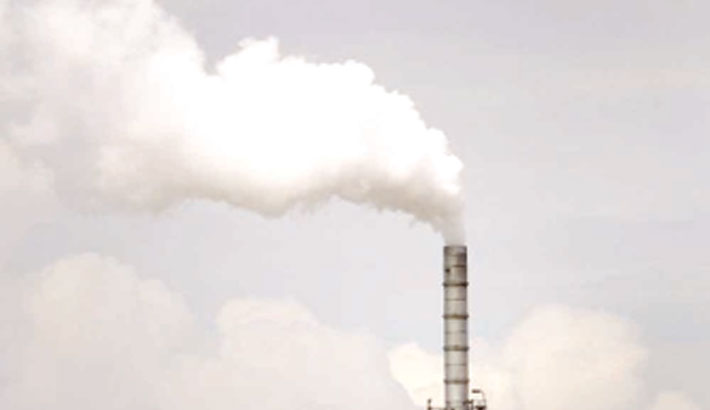 The British government on Wednesday presented draft legislation to reduce carbon emissions to net zero by 2050 in what it said would be a first for a major economy.

The new target was broadly welcomed across the political spectrum but environmental groups said it would require radical action to decarbonise the entire economy.

The deadline is far more ambitious than Britain’s current policy of cutting emissions by 80 percent over the same period and Finance Minister Philip Hammond has reportedly warned it could cost more than £1.0 trillion.

The 2050 date will be introduced in existing climate change laws through a piece of legislation known as a statutory instrument that parliament is expected to approve.

“As the first country to legislate for long-term climate targets, we can be truly proud of our record in tackling climate change,” Prime Minister Theresa May said.

In one of her final acts before she steps down next month, she said Britain “must lead the world to a cleaner, greener form of growth”.

“Standing by is not an option,” she added. Britain’s top advisory body on climate change this year said the net zero target could be achieved within a budget of 1.0-2.0 percent of gross domestic product by 2050. But the Committee on Climate Change (CCC) added that the deadline would require the rapid rollout of new policies such as making all new cars and vans electric by 2035 and quadrupling low-carbon electricity production.

“This step will send a strong signal to other countries to follow suit,” said John Gummer, the committee’s chief.

Carolyn Fairbairn, head of the Confederation of British Industry big business lobby, said companies were “squarely behind” the commitment but she urged the government to come up with long-term policies to decarbonise the economy.

The deadline would put Britain on track to fully meet its commitments under The Paris Agreement, under which countries have pledged to keep the global average temperature rise to well below 2 degrees Celsius.

If replicated across the world and coupled with near-term emissions reductions, there would be a greater than 50 percent chance of limiting the temperature increases to just 1.5 degrees Celsius—the “safe” upper limit identified by the UN’s International Panel on Climate Change last October, the CCC said.