Sooryavanshi to be released on March 27, won’t clash with Inshallah 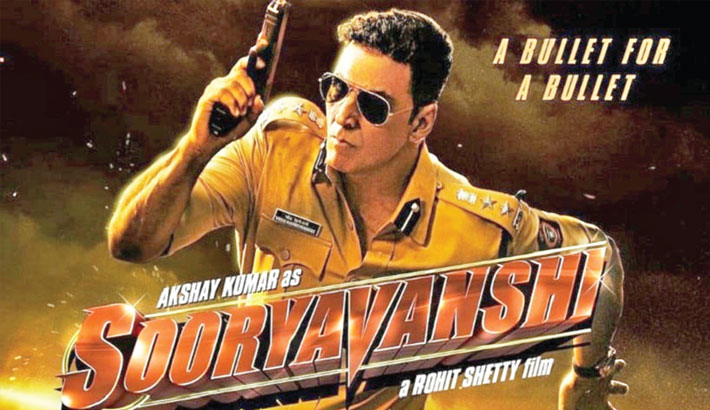 Salman Khan has once again proved that Eid continues to be reserved for his releases - the actor tweeted a change in the release date of Akshay Kumar-Katrina Kaif starrer Sooryavanshi that was earlier slated to clash with Inshallah next year on Eid, reports Hindustan Times.

Sharing the new release date, Salman tweeted, “I always thought of him (Rohit Shetty) as my younger brother and today he proves it. Sooryavanshi releasing on 27th March, 2020.” He also shared a photo where he poses with Rohit and both the actor and the director are smiling at each other.

Sanjay Leela Bhansali’s Inshallah, that stars Alia Bhatt opposite Salman, is set to hit theatres on Eid 2020 and the film will now have a solo release.

Sooryavanshi, that brings together Katrina and Akshay after their 2010 film Tees Maar Khan, is Rohit’s latest cop film. With Sooryavanshi, Rohit has said he wants to create a cop universe. Akshay will play police officer Veer Sooryavanshi in the film. The first look poster of the film was unveiled in March when the makers also announced that it will hit theatres on Eid 2020.

It was only last month that the release date of Salman’s Inshallah was announced sparking speculations over who would shift the release date for both stars to enjoy solo release at the box office. Katrina, who is a frequent co-star for Salman, had said she had full faith in the Dabangg star and added that he would soon find a way to avoid a confrontation.