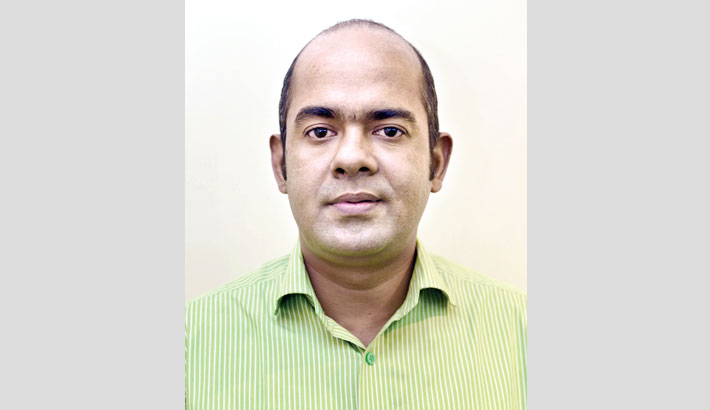 Having gone through one month of fasting, the period when most working people struggle to get the work-life balance right, maintaining the religious solemnity, the people, especially those who live in the capital usually go into another uphill battle of venturing journey home in the outlying districts to spend Eid holidays with their near and dear ones. Every year as the Eid looms on the horizon the activities related to it from colleting ticket of transport to go shopping gain momentum. During the time, people are seen rushing off their feet to muddle through their acts. So, how was the just concluded Eid in common perception? Well, to find the answers, let’s scroll through this piece.

Invariably, news of woes and harassment of people in securing homebound transports' tickets hit the media headlines on the eve of Eid. With no exception this time too large crowds of ticket seekers had to queue up in front of rail stations, bus counters and launch terminals with trepidation. While bringing in Rail Sheba – the app-based ticket reservation system of Bangladesh Railway – is definitely a step in the right direction, the app allegedly fell over on heavy access, leading to upset the apple cart of the government in general and the ticket seekers in particular.

It was learnt Bangladesh Railway decided to sell 50 per cent of the total Eid season tickets online through the app, SMS and railway website to ease people’s sufferings at ticket counters. But the system was plagued with glitches at the very launch of the advance ticket sale. As a result, people had to rush to the rail stations as a last ditch attempt to collect the ticket for their destinations. Nevertheless, the idea of setting up five pop-up booths at different places in the city for the first time to sell tickets was welcoming and a change for the better.

Although there is no accurate data available, it is estimated around 6 to 7 million people leave the capital in droves during the festival. Needless to say, a large part of it travels by bus or other modes of transport causing a huge pressure on the unmade roads and highways. Given the piecemeal development work carried on year after year, it only leaves holidaymakers martyrs to unnecessary sufferings on the roads. This is borne out by the fact the strech of Dhaka-Tangail highway from Chandra to Bangabandhu Bridge saw a 6-hour-long 30km tailback just a day before the Eid.

Apart from this, the journey by roads was mostly smooth and unhindered this time around because of the government’s tireless effort for the past few years to make the journey hassle-free. As a part of it, it has recently opened two major bridges to the public, which linked the capital to the southern districts and brought some relief to the homebound people by heading off congestions in the region. But then, the extortionate bus fare inflated by the operators and chaos in the public transport sector still remains a mounting concern. During the Eid season, ticket prices go through the roof mostly due to lack of the government’s oversight and control and partly for transport owners’ every whim. Umpteen complaints about the exorbitant ticket prices and numerous recommendations to end the practice have appeared on mainstream social media, but all it seem to fall in deaf ears.

Water vessels play a significant part in transporting a large number of home-goers to and from the southern parts of the country. Every year, it is common to find operators of river vessels scampering to meet the soaring volume of passengers. They spruce up unfit and defective vessels by making only cosmetic changes to appear fit putting the lives of hundreds at risk. According to a research study by BUET’s Accident Research Institute, at least 1,430 lives were lost in 264 riverine accidents between 2005 and 2017. These accidents and the number of injuries and deaths pile up during the Eid festivities.

Fortunately, this time no such casualty has been reported on the river route indicates the strict vigilance and monitoring of the authorities concerned starting to bear fruit. However, reportedly, the acute shortage of ship surveyors is well-known. Ridiculously, there are only five ship surveyors to check fitness of vehicles. This has opened up the floodgate of irregularities for which decrepit and unlicensed water transports are often sneaked in the regular fleet of water vessels on the occasion of the festival.

There is hardly any reason to deny the government’s effort to make the Eid journey uninterrupted is yielding benefits to the commoners to some extent. But then again, there is still much to be desired in so far as the safe travel is concerned. Therefore, to take the existing hassle out of the ticketing system, the Rail Sheba app and the online ticket service should be made fail-safe. CNS, Computer Network system –the developer of the app – must diligently do its part.

Effective coordination among concerned agencies can make sure the roads and highways development projects are on track, resulting in mitigating public woes on the roads. Besides, strengthening capacity of the state-owned BRTC by adding more vehicles to its fleet and value to its service could be helpful to curb fares arbitrarily hiked by private bus operators. Also, bringing the private bus companies under the government regulations and constant monitoring can be thought about.

To ensure safety of river routes through proper surveillance, the authority should appoint the required number of ship surveyors with necessary logistics in earnest. Vessel operators and helmsmen need to be imparted the right skill-set to use navigational instruments like radar, GPS (global positioning system), VHF (very high frequency), etc so that they become able to effectively ride the storm in adverse weather conditions.

In all fairness, people were lucky as the long vacation happened to ease up traffic congestion and suffering from it, but the same may not occur every time. So, as a yearly phenomenon much of the Eid’s celebration and enjoyment banks on how sustainably the respective authorities get their activities done related to the festival together.

The writer is the Associate Engineer, Thakral Information Systems Pvt. Ltd. He can be reached at: [email protected]