Plantation Agriculture in Malaysia: An Example that We Can Emulate 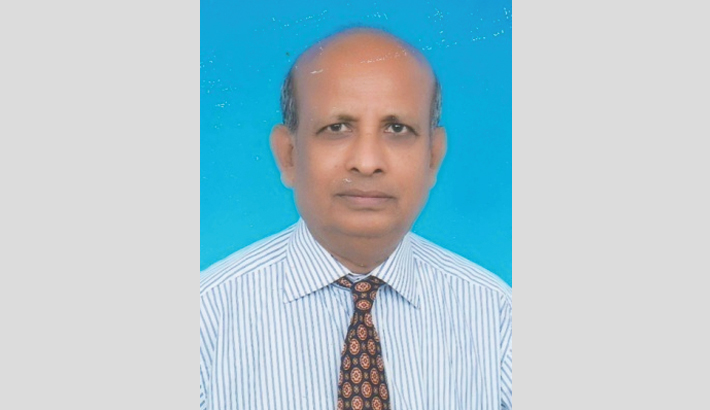 Cameron Highlands is an exceedingly pleasant mountainous region with steep slopes located in Malaysia lying between 1070 and 1830m above the sea level. The land area of Cameron Highlands is 71,218 ha with an average rainfall of 2660 mm which can only be compared with Chittagong Hill Tracts in Bangladesh having similar ecological features. Since Malaysia does not have any winter season as such, it often becomes difficult to grow all types of tropical seasonal fruits and vegetables in large quantities throughout the country. From that context, Cameron Highlands is quite suitable for plantation-agriculture producing multifarious fruits and vegetables to meet up the domestic and international requirements. The accurate land distribution of Cameron Highlands indicates that out of the total land area of Cameron, only 5500 ha (8 per cent) is used for agriculture, 2750 ha (4 per cent) is occupied by the local inhabitants for their settlement and the remaining vast area of 60,000 ha (86 per cent) is under forest cover. Topographical description of the region further indicates that tropical forests have circumscribed the prevailing natural ecosystem of Cameron Highlands in such a way that it allows the cultivators to find a very favourable environment for plantation agriculture. Compared to other parts of Malaysia, Cameron Highlands has low temperature with sufficient rainfall making it very much conducive to producing specialised agricultural commodities in the form of fruits and vegetables. It is reported that of the total 5,500 ha agricultural areas used for farming, vegetables occupy the largest fraction comprising 50 per cent of the cultivation assigning the rest 40 per cent for tea production and the remaining 7 per cent and 2 per cent respectively are used for growing flowers and fruits. Over half of the Malaysian vegetable requirements are met by Cameron growers and additionally, it adds million dollars earning by exporting them outside the country.

Although Cameron was once famous for tea plantations initially being started by the British colonial ruler during the 1930s, but its production has now been reduced due to some uncongenial situations. On the other hand, vegetable, flower and fruit production have now expanded since the 1960s receiving a special momentum due to their recent demands which is expected to go on expanding further due to the intensification of this type of plantation farming. This is because of the initiatives taken by a group of entrepreneurs who have successfully turned them in the status of commercial agro-industries employing a huge number of foreign workers being attached to this sector of development.

Although the eco-environmental atmosphere contributes as a kind of natural privilege playing a positive role in flourishing the plantation agriculture of Cameron Highlands, but there is no denying of the fact that the initiatives and mechanisms adopted by the entrepreneurs in this context played an important role in plantation agriculture. Most of the farm owners with whom the author personally had talked during his stay in Malaysia, mentioned that they find these hilly areas as most suitable for plantation agriculture because of the year-long cool climate and abundant rainfall. Many of them opined that this is the only hill station in the country that produces temperate plants which, according to them, could strategically be used to maximise production.

Another advantage of these farms is that they are greatly enhanced by the availability of foreign workers, especially the Bangladeshis who work hard to boost agricultural farming. For many years now, it has been observed that most of the local Malays recently have some disinclination to farming for which they are now very reluctant to accept these manual works in Cameron Highlands. Since Bangladesh is predominantly an agricultural country, the workers especially coming from its rural areas have some additional skills; hence, making these farms in Cameron Highlands can utilise their expertise to the fullest.

The idea of these plantation farms is to organise various agricultural activities to produce different types of vegetables, fruits and flowers. In this respect, the economic activities related to these farms are not directed to any specific work; rather they are diversified. The whole plantation work is the combination of multifarious works performed by the labourers which comprise activities like preparing of the soil for plantation, harvesting the plants, clearing unwanted weeds, protecting plants with insecticide and the whole process of cultivation which the workers and farm owners regard as ‘gardening’.

Since Cameron plantation is not heavy agriculture, very traditional tools and equipments are used for furrowing and cultivating the soil like sickles, spades, big scissors, etc. In addition, plantation of fruits and vegetables also requires enough irrigated water and sufficient fertilisers and manures. With regard to utilising organic fertiliser, a few respondents from the managerial staff and/or owners mentioned that many farms simultaneously use traditional manure in addition to chemical fertilisers. To safeguard the produce, farmers also use chemical pesticides with measured quantity usually imported from Thailand and China.

Multiple types of vegetables, fruits and flowers are produced in Cameron Highlands. Vegetables such as chillies, tomatoes, radishes, cabbages, lettuce, eggplants, pumpkins and broad beans are produced. But at present, Cameron farmers are very much specialised in producing tomatoes, cabbage and lettuce in bulk, as there is high demand in and outside the country. As for fruits, apples, grapes and strawberries are grown, but there is a monopoly of growing strawberries which captures the whole market in and outside the country. While talking to a numbers of visitors and consumers, it is learned that although the fruits and vegetables of Cameron are slightly cheaper compared to produces from other parts of the country, their taste is not similar perhaps because of the suspected overuse of fertilisers. Meanwhile, flowers are highly demanded in Japan, China and Singapore so a few farmers are emphasising flower production, specially roses, chrysanthemums and orchids.

Although the environmental atmosphere of Cameron Highlands plays a positive role in enhancing plantation agriculture in this region of Malaysia, it has to be admitted that the local entrepreneurs have taken certain steps to accelerate this specialised farming under their own initiatives. The whole production system of Cameron Highlands has effectually kept alive continuous economic and commercial activities in this region and over the years this has added enormously to the procurement of foreign currency and increase in employment for the global population. At present, it looks quite prospective as the whole cultivation produces a huge amount of vegetables, fruits and flowers to meet local as well as international demands. But paradoxically, this boost in production is often dependent on using excessive and uncountable amount of chemical fertilisers which are often very much unsuitable in terms of land productivity. Contextually, the government and policy planners should make such provision and also at the same time, caution farm owners about the dangers of using unmeasured chemical fertilisers; otherwise, the chief beneficiaries will always be the rich entrepreneurs and the victims will be the consumers.

Based on my personal observation at the field level in Cameron, I reiterate the view that if we have to sustain long term economic benefit from the regions similar to Cameron Highlands, the chemical technification of cultivation should be limited everywhere, and instead, we should focus more on the pre-existing local skills with labour-intensive organic farming system of production. This is also particularly true for Chittagong Hill Tracts in Bangladesh as we need to protect the region more by focussing on traditional farming with zoom cultivation and also simultaneously unpopularising further human settlement.

The author is presently a Professor of Anthropology at Jagannath University, Dhaka and former Vice Chancellor of Comilla University.