Rohingya Repatriation: An Arduous Task Ahead 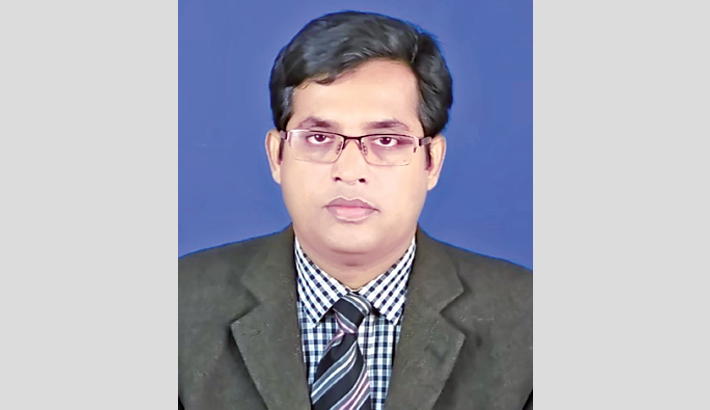 The issue of violence against the Rohingya people in the Rakhine state of Myanmar has drawn the attention of the world community. This has led to a massive influx of refugees to Bangladesh. Around 727,000 Rohingya people were compelled to flee from Myanmar since August 2017 in order to save them from the brutal killings, tortures and rape committed by the Myanmar army. These brutalities were committed in the name of a campaign to reinstate stability in Rakhine. This influx of the Rohingyas has created an enormous pressure on the economy of Bangladesh.

The Rohingya crisis is not new in the context of Bangladesh; rather it has been negatively affecting Myanmar-Bangladesh relations for the last 50 years. The root cause of this crisis has been the pervasive violation of human rights against the Rohingya Muslims in the Rakhine state. Both the government have held a series of talks to find a solution to this problem but failed to come out with a positive note.

The recent influx of the Rohingya people to Bangladesh has outnumbered the previous records. Now one may wonder why the Government of Bangladesh allowed these large number of Rohingya people to enter the country. As a matter of fact, the government of Bangladesh led by Prime Minister Sheikh Hasina was sceptical to open the border during the early days of the influx in late August 2017. The government was concerned about the upcoming election that was scheduled at the time for late December 2018 or early 2019. Later, considering the miseries of the Rohingya population from the humanitarian perspective the government decided to open the border for those distressed people. This was really a plucky decision of the government that influenced the mainstream British Media to title the Prime Minister of Bangladesh as “the Mother of Humanity”.

Although the whole world, including the UN, has raised their voice against the Myanmar government, India and China have stood beside them. The support from two giant states of Asia has influenced the Myanmar government to remain silent on the issue of repatriation of the distressed population. One striking point is that although India is a good friend of Bangladesh, they are yet to make their stance clear about the Rohingya crisis. Of course, both India and China have their individual business interests with the Myanmar government. To be more specific, China is not only Myanmar's biggest trading partner but also the biggest source of foreign direct investment. Like China, India in pursuit of its ‘Look/Act East’ policy is gradually developing its trade relations with Myanmar. Thus, none of them is coming forward with a positive mind to create pressure on the Myanmar government to compel them to commence the process of Rohingya repatriation.

Now a pertinent question is: what would be the destiny of these Rohingya populations? Would they be able to return back to their motherland or would live a substandard life in the refugee camps forever? This is a million dollar question and nothing significant has yet happened from a series of discussions between officials of both the countries. One noteworthy development is that both governments have agreed to hold dialogues on Rohingya repatriation. Accordingly, both the governments reached an agreement on the repatriation of Rohingya population at a bilateral meeting of a Joint Working Group on Returns held in Naypyidaw on the 16th of January 2018.

As per the provision of the agreement, a consensus was reached that 1,500 Rohingyas would be repatriated weekly. It was also agreed that all “eligible” refugees would be sent back to their homeland within two years. However, the international communities have expressed their deep concern about two provisions of the agreement, including “eligibility” and “time-frame”. Since the Rohingya population have been denied the citizenship rights in Arakan since 1992, it would not be possible for them to prove their eligibility. Along with the “eligibility” criteria, these people would have to prove that they fled from Myanmar after 9th of October, 2016. The “National Verification Cards” would only be issued to those repatriated Rohingyas who would qualify under this near impossible criterion.

This is not a well-though-out agreement. Moreover, the provision, in relation to the time frame of repatriation, was also illogical as it would take more than 10 years if 1,500 refugees are sent to their motherland weekly. Based on the provision of the agreement, the government of Bangladesh handed over a list of 8,000 qualified refugees more than eight months ago. Unfortunately, the process of repatriation was halted several times. Finally, on the day of repatriation of the first group of Rohingya population, they refused to go back on the ground that they would experience the same brutality if they go back as the situation in Arakan is not yet safe for them.

Under the above circumstance, a moot question is what would happen with these groups of refugees. A critical analysis of the overall situation leads me to conclude that Rohingya repatriation would not commence in the near future. The situation would not improve until international communities, including India and China, extend their support to Bangladesh on this issue and impose economic and trade sanctions on the Myanmar government. Thus, for making things happen, the government of Bangladesh should invest their time and efforts to strengthen their diplomatic initiatives with Asian giants as well as the USA and Russia.

The Rohingya crisis has a multidimensional consequence for Bangladesh. This crisis is not only creating economic pressure on the government, but has also political and social consequences. Insurgency movements could use the Rohingya people to destabilise the political situation in the country. Moreover, there is a possibility that the mainstream Bangladeshi people may get involved in collusion with the Rohingya population over the period of time. Since the birth rate within the Rohingya population is very high, the days are not very far when they would outnumber the mainstream population making Bangladeshi people minority there. On the part of the Rohingya people, they are also living with restrictions on access to humanitarian aid and freedom of movement. Even, they require written permission of the government officials whenever they are required to go to a hospital outside the camps. Thus, the issue of the Rohingya crisis should be a priority area of not only the government of Bangladesh but also of the international communities. But, considering the enormity of the situation, it can be said without any hesitation that an arduous task is waiting ahead if we really want to send Rohingyas back to their homeland.