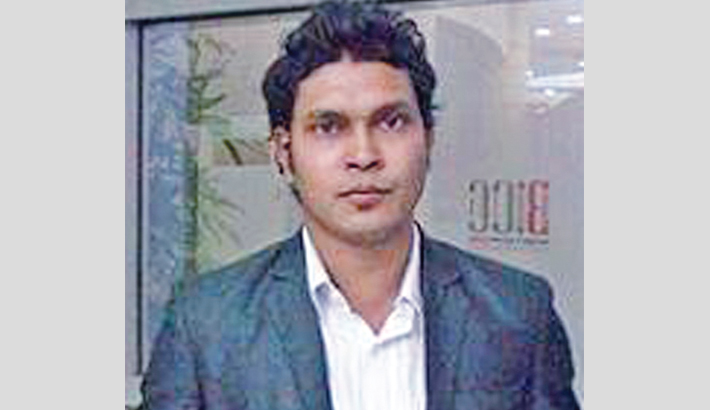 Hazardous waste means a waste or a combination of wastes which, because of the quantity concentration or physical and chemical characteristics, may cause or contribute to increase in mortality or an increase in serious illness or potential health hazard or environmental degradation.

Hazardous waste is a waste with properties that make it potentially dangerous or harmful to human health or the environment. The universe of hazardous wastes is large and diverse. Hazardous wastes can be liquids, solids, or contained gases. They can be the by-products of manufacturing processes, discarded used materials, or discarded unused commercial products, such as cleaning fluids (solvents) or pesticides. In regulatory terms, a hazardous waste is a waste that appears to have four characteristics - ignitability, corrosivity, reactivity, or toxicity. However, materials can be hazardous even if they are not specifically listed or don't exhibit any characteristic of a hazardous waste. For example, "used oil," products which contain materials on California's M-list, materials regulated pursuant to the mixture or derived-from rules, and contaminated soil generated from a "clean up" can also be hazardous. There are mainly three types of hazardous wastes such as: (i) radioactive wastes (ii) medical wastes and (iii) non-radioactive industrial liquid wastes.

All nuclear reactors rely on uranium as fuel. The natural uranium contains 99 per cent of U-238 and 1 per cent of U-235. It can be used as such in heavy water reactors. For use in light reactors, it should be enriched about 3 to 3.6 per cent with respect to U-235 content in an isotope enrichment plant. The enriched uranium is fabricated into fuel rods and is inserted in nuclear reactors. During operation of the reactor, the fuel rods become intensely radioactive due to the generation of fission products and Trans uranium elements such as plutonium americium and curium. After the fuel rods are removed from the reactor, they should be cooled in water-filled pools to remove the heat liberated due to radioactive decay. The fuel cycle is than completed by disposing of the fuel in an underground repository or separating the residual plutonium from uranium and fission products. The fission products are than immobilised by incorporating into ceramic or glass matrix and disposed off into an underground repository.

Biomedical waste originates from hospitals, clinics, research and testing laboratories and drug companies. These include pathological and surgical wastes – experimental animals and cadavers, drug and chemical residues and their containers; discarded bandages, linens and infectious waste; disposable syringes, needles and surgical instruments, contaminated equipment, food and other waste materials. Chemical and chemotherapy waste, organic solvent waste and radioactive waste are not included in the biomedical waste because they are governed by different regulations. The normal practice of handling hospital waste is the on-cite incineration of the combustible solids in a specially designed high temperature incinerator  provided with burners to heat the gases leaving the chamber to 700 degree Celsius for controlling odours. The ash thus produced is disposed in sanitary landfills.

Modern civilisation has resulted in large scale manufacture of products such as TV sets, aerosol cans, pesticides, plastics, preservatives, automobiles. These industries generate a multitude of hazardous industrial wastes, toxic substances such as heavy metals. Proper management of this hazardous industrial waste produced by industrial activities is mandatory from the point of view of public health and environmental protection.

The particulate and electromagnetic radiation emanating from radioactive materials inflict deleterious effect on the living cells. These effects are classified as somatic and genetic. Somatic effects are caused on the exposed individuals and the cell damaged caused manifest in malignancies’ such as leukemia or cancer. Genetic effects are transmitted to the descendants of the exposed individuals and thus can effect unexposed generation too. The radiation induced changes in the genes may manifest themselves in – Gene mutations, Chromosomal aeration and Changes in the number of chromosome.

Such changes can result in abnormalities in the offspring which may be mild or lethal. Hazardous and toxic wastes are waste materials that cause health problems, including birth defects, neurological disorder, reduced résistance to infections and cancer. Environmental costs of hazardous and toxic waste include contamination of water supplies, poisoning of soil and destruction of habitat.

Manufacturing processes can be modified to reduce or eliminate waste production. In Minnesota, the 3M Company reformulated products and redesigned manufacturing processes to eliminate more than 140,000 tons of solid and hazardous waste, 4 billion litres of waste water and 80,000 metric tons of air pollution each year. It frequently found that the new processes not only spare the environment but also save money by using less energy and fewer raw materials.

Recycling and reusing materials also eliminate hazardous waste and pollution. Many waste products of one processes or industry are valuable commodities in another. Already about 10 per cent of the waste that would otherwise enter the waste stream in the US are sent to surplus materials exchanges, where they are sold as raw materials for use in other industries. This figure could probably be raised substantially with better waste management. In Europe at least one-third of all industrial wastes are exchanged through clearing house, where beneficial uses are found.

Several processes are available to make hazardous materials less toxic. Physical treatment ties up or isolates substances. Charcoal or resin filters absorb toxins. Distillation separates hazardous components from aqueous solution. Precipitation and immobilisation in ceramics, glass or cement isolate toxins from the environment so that they become essentially non-hazardous. One of the few ways to dispose of metals and radioactive substances is to fuse them in silica at high temperature to make a stable, impermeable glass that is suitable for long time storage. Plant, bacteria and fungi can also concentrate or detoxify contaminants.

Incineration is applicable to mixtures of waste. A permanent solution to many problems, it is quick and relatively easy, but not necessarily cheap - nor always clean - unless done correctly. Wastes must be heated to over 1,000 degree Celsius for a sufficient period of time for complete destruction. The ash resulting from incineration is reduced in volume up to 90 per cent and often is safer to store in a landfill or another disposal site than the original site. Nevertheless, incineration remains highly controversial.

Chemical processing can transform materials so that they become non-toxic. Included in this category are neutralisation, removal of metals or halogens and oxidation. The Sunohio Corporation in Ohio, for instance has developed a process called PCBx, in which chlorine in such molecules as PCBx is replaced with other ions that render the compounds less toxic. A portable unit can be moved to the location of the hazardous waste, eliminating the need for shipping them.

One of the most popular solutions to hazardous waste disposal has been land filling. Although as we saw earlier, many such land fills have been environmental disaster, newer technique make it possible to create safe, modern secure landfills that are acceptable for deposing of many hazardous waste. The first line of defence and a secure landfill is a thick bottom cushion of compacted clay that surrounds the pit like bathtub. Moist clay is flexible and resists cracking if the ground shifts. It is impermeable to ground water and will safely contain waste. A layer of gravel is spread over the clay liner and perforated drainpipes are laid in a grid to collect any seepage that escapes from the stored materials. A thick polyethylene liner, protected from punctures by soft padding materials, covers the gravel bed.

When the land fills has reached its maximum capacity, a cover much like the bottom sand witch of clay, plastic and soil – in that order – caps the site. Vegetation stabilises the surface and improves its appearance. Sumps pumps collect any liquid filter through the land fill, either from the rain water or leaking drums. This leachate is treated and purified before released. Monitoring wells check groundwater around the site to ensure that no toxins have escaped.

Global waste production is a critical issue in environmental quality. Every day, a huge amount of hazardous and toxic waste is discharged into our natural environment. These materials thrown into the environment without any treatment are very harmful for organisms living in the environment. Incineration is the important method for waste disposal. Incineration can destroy the organic compounds and it can be used to produce energy. Recycling is another method to reduce the pollution, which is occurring by hazardous waste. Reusing, de-manufacturing and reducing material consumption are important additional strategies for reducing waste stream.

The Writer is an Environmental Analyst and Associate Member, Bangladesh Economic Association.