Malaysia fights to save centuries-old creole 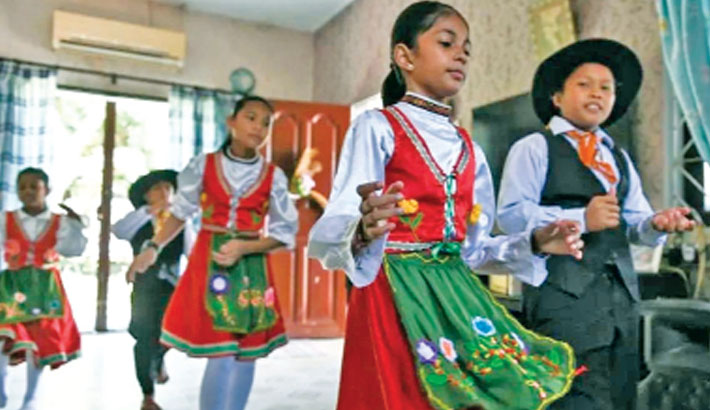 Children in colourful outfits sing in a creole of Portuguese and Malay during a class in the historic Malaysian city of Malacca, part of efforts to stem the decline of the centuries-old language, reports AFP.

The youngsters chant “bong atardi mestri” (good evening teacher) and work their way through songs including “Bunitu siara siorus” (Beautiful ladies and gentlemen) and “Gato do matu” (The jungle cat).

Sara Santa Maria runs the weekly classes at her home to ensure the younger generation learn “Papia Kristang”, one of several steps aimed at preserving an endangered language spoken by people of mixed Portuguese and Malaysian ancestry.

“I definitely fear Kristang could disappear,” the 50-year-old teacher told AFP, as the youngsters dressed in Portuguese-style traditional costumes laughed and danced.

“Many Eurasians have moved out of the settlement and the children only speak Malay and English,” she added, referring to an area of Malacca that has traditionally been home to speakers of the language.

Kristang developed after the Portuguese took over the strategic port city on the Straits of Malacca, one of the world’s most important shipping routes, about 500 years ago and colonisers married local women.

It was an era when tiny Portugal had a global empire and Malacca, a centre of the lucrative spice trade, was a key prize for rival powers. After Portuguese rule, the Dutch colonised it and later the British took it over until Malaysian independence.

The city on Malaysia’s west coast still has vestiges of colonial rule which have made it popular with tourists, including red-walled Dutch buildings and a gate house which is all that remains of a once-mighty Portuguese fortress.

Kristang has a largely Portuguese vocabulary but its grammatical structure is similar to Malay—the most commonly spoken language in Malaysia—and it is also influenced by Chinese and Indian languages.