Putting An End To Child Abuse 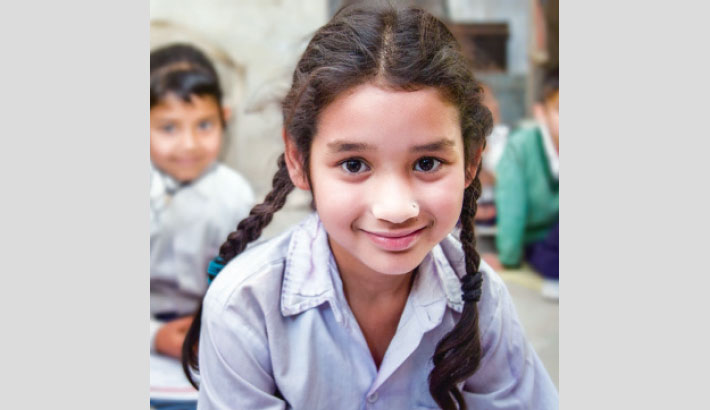 The coming Tuesday (June 4) is a very important day that not many people recognize it. It is the International Day of Innocent Children Victims of Aggression. Well, on first notice, one must wonder what on earth this day is about! But as you read again, you will know why this day is so important especially in the Bangladeshi context and why more and more people need to know about it.

Child abuse is nothing new in the Bangladesh spectrum. Whether it is early marriage, violation of rights of domestic workers, underpaid child labourers and so on- we have grown up in a country that had almost normalized these kinds of abuses right before our eyes. No matter how unjust and cruel this truth is, we cannot deny the fact that child abuse still exists everywhere. Recently and tragically, a new kind of abuse has pervaded the horizon. Innocent children mercilessly tortured and murdered for absolutely no reason at all, sometimes by employers and sometimes by total strangers, have surprised us all. It is completely unacceptable and unbelievable but this bitter truth is part of our reality.

Children are the most innocent beings in this world. What is your first thought when you look at a child? In our minds, we think about adoring the child, giving him/her a gift; we think about keeping the child safe and we feel a sense of purity and sanctity in the presence of the child. In some religions it is even said that children are the faces of God as they are so pure. When somebody crosses this line and exhibits their bestiality on these innocent souls, we are simply left horrified! Could it be some perverse psychological disorder? Or could it be a genetic history or some other traits leading to the past that has made the criminal lose his humanity? Whatever the reason is, we don’t know but these crimes are happening often in the broad daylight.

Everyone remembers the murder of the 13-year-old boy Razon in Sylhet on July, 2015. He was attacked after a group of men accused him of stealing a bicycle rickshaw van. The boy pleaded for his life and cried for water. But nobody heard his pleas. The culprits took part in a savage and merciless fest. As the innocent soul tied to a pole kept crying and screaming, they repeatedly hit him with a rod until he passed away. An autopsy found that the victim had 64 separate injuries.

While such crimes had took place even before, but Razon’s one specifically sparked up more than the rest. Thousands marched demanding the punishment of the perpetrators. Since then, many other such heinous crimes involving child victims made headlines in the media.

Barely after a month of Razon’s incident, there was the story of a 12-year-old boy Rakib and his ex-employers. Rakib had left their garage recently and started working at another one, much to their annoyance. In August 2015, they called him over one night to their garage. They inserted a high-pressure air pump nozzle into his rectum and filled the body with air to which his abdomen immediate swelled up. They then took him to a private clinic but Rakib could not be saved. The chilling murder left everyone speechless. “His intestines were torn apart and lungs burst by the abnormally high pressure of air that filled his body. He died from multiple organ failure,” OC Biswas said after the incident.

All these harrowing details are too grotesque for most of us to even read. However, they occur and they are put into action by human beings. That very thought is absurd!

According to the reports of Bangladesh Shishu Adhikar Forum (BSAF), violence against children shot up by 18.75% in Bangladesh in the year 2018, leading to the premature death of more than 2,000 children. In just that year 4,566 children were subjected to different types of violence. The statistics talk of crimes committed that were made public. When we look back on Razon’s case, perhaps the macabre video that was made during his murder became the reason for the perpetrators to be brought to punishment. Yes, viral videos can at times even serve justice. We don’t know what was going on in the mind of the people who were torturing the child as he kept pleading “Please don't beat me like this, I will die" or even the one who made a video of it rather than helping the child! However, most of the sane people could not bear it. That is why people came out and protested and that was why something could be done about it.

However children are still vulnerable not just in Bangladesh but all over the world. United Nations started observing ‘International Day Of Innocent Children Victims of Aggression’ on June 4 originally because of the 1892 Lebanon War. However, over the years its purpose expanded to acknowledge the pain suffered by children throughout the world who are the victims of physical, mental and emotional abuse. This day affirms the UN's commitment to protect the rights of children.

Children suffer the most whether it is wars, natural calamities, epidemic diseases or other causes. However, in my opinion, no disease or natural disaster can cause so much persecution to a child as sometimes some humans cause. A disease is bad too. But it doesn’t torture the skin of a child, it doesn’t beat a child to a pulp, it doesn’t traumatize the innocuous being as badly as a bestial human can. In our country, we have seen several such examples. There were many incidents of how housemaids under the age of 13 are kept caged in their employer’s homes and often tortured. Reshma, a 12-year-old housemaid, was rescued in 2014 by the local people while her employer Laizu Begum was arrested. The local people told the police of how much they pleaded Laizu to stop beating Reshma as she often used to beat her but she never paid any heed to them. The police told media that Reshma’s body had burns in several places. There were many other reports of various such housemaids tortured at home. Child labour itself is illegal and unethical. Moreover, to expect such a small child to do work the entire day and on top of that to torture that child when she fails to do one thing of the hundreds of things she does, it’s such an excruciatingly pitiful matter. Where has humanity gone?

With the help of several excuses, a group of unscrupulous, wretched people unleash their aggression by tormenting these innocent souls. I think society needs to become more alert about such people and keep their children safer. Such people should be exposed and punished in such a way so that nobody else ever dare to inflict harm on innocent children.