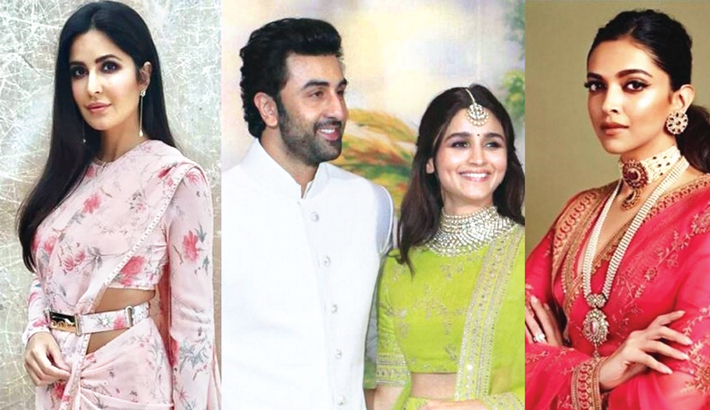 Actor Ranbir Kapoor may not have an official account on Instagram but he keeps a tab on all activities of several Bollywood stars including exes Deepika Padukone and Katrina Kaif. According to a report in Pinkvilla, the actor revealed at an event that he follows not just them but also his girlfriend Alia Bhatt and Deepika’s husband and actor Ranveer Singh secretly on the image sharing website.
Ranbir does not have a public and verified account on any social media platforms like Instagram, Twitter and Facebook, just like his cousin Kareena Kapoor. But there have often been speculations that the two do have private accounts.
Katrina, during her appearance on Arbaaz Khan’s online chat show, Pinch had revealed that Ranbir has an account on Instagram. On being asked if she had a second account to stalk other celebrities, she had said, “No, no. I know Ranbir has. And Ranbir, by the way, was the person who showed me how Instagram works.”
Ranbir is on good terms with Deepika and Ranveer. Deepika recently visited his parents Neetu Singh and Rishi Kapoor in New York. Ranbir had also shared the couch with Ranveer in the fifth season of Koffee With Karan.
Ranbir and Alia recently appeared in their first television commercial together for an online shopping website. They attended actor Kunal Kemmu’s birthday bash on Friday, hosted by Kareena and Saif Ali Khan at their residence.
Ranbir and Alia are currently working on their first film together, Brahmastra. Directed by Ayan Mukerji. The film is slated to hit theatres next year.