Dia’s Coffee House to be released on May 31 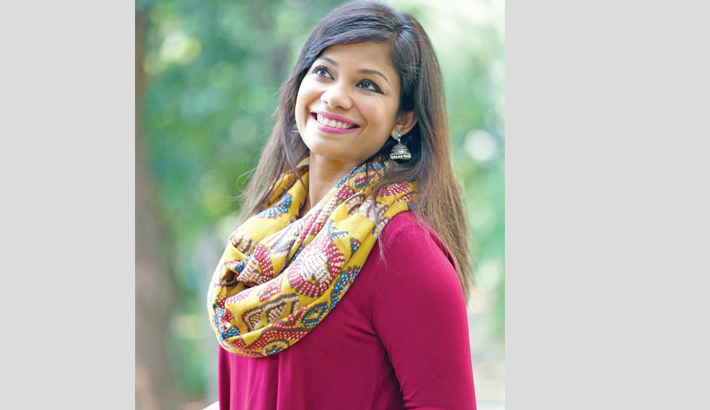 Taz Akhter Dia is a singer of pure music. Renowned singers Runa Laila and Lata Mangeshkar are her Ideal. Dia has been training in classical music under prominent music director Khandakar Nurul Alam in early age.

Now she is all set to make her debut in the music industry with her first original song Coffee House.

The lyrics of the song has been written by music director Partha Majumdar while Elan has directed the music video of the song.

Talking about her new song Dia said, “Music is my passion and now I am all set to release my first song. I hope my first original song Coffee House will be appreciated by all. Please pray for me.”

The song Coffee House will be released on Laser Vision’s YouTube channel on May 31.

Dia’s another original song titled ‘Ki Oporadhe’ will also be released after Eid. The song ‘Ki Oporadhe’ has been penned down by Ranju Reza and music composed by Partha Majumdar.