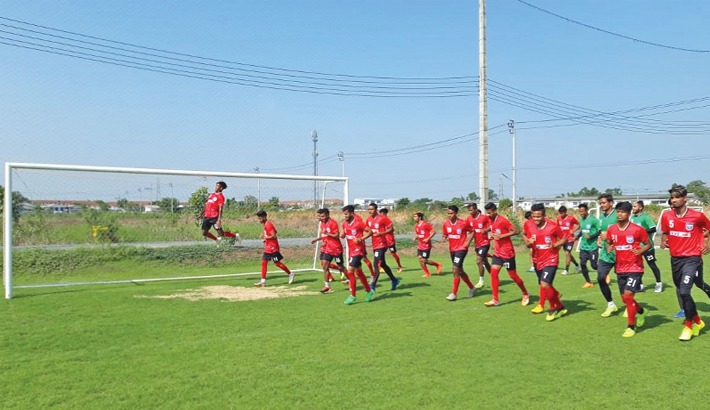 The 1.5 hour session started at 9:00am at Air Force Football ground in Bangkok, followed by a swimming and recovery session.

A 31-member Bangladesh team flew to Bangkok on Friday to prepare for their home and away basis joint qualifications for FIFA World Cup 2022 and AFC Asian Cup 2023 against Laos.

Six teams from will join top 34 Asian teams in the round-2 qualifiers, scheduled to be held in September.

Bangladesh ranked 188th and 41st in the FIFA International Ranking and AFC Ranking respectively while Laos remained 184th and 38th.

In their last meeting in the group stage of Bangabandhu Gold Cup, Bangladesh beat Laos by 1-0 goal in Sylhet in October last year.

In the previous two meetings, Bangladesh lost to Laos by 1-2 goals in the first round of the Asian Cup in Hong Kong in March 2003 and had a 2-2 draw in a FIFA international friendly in Vientiane last year.