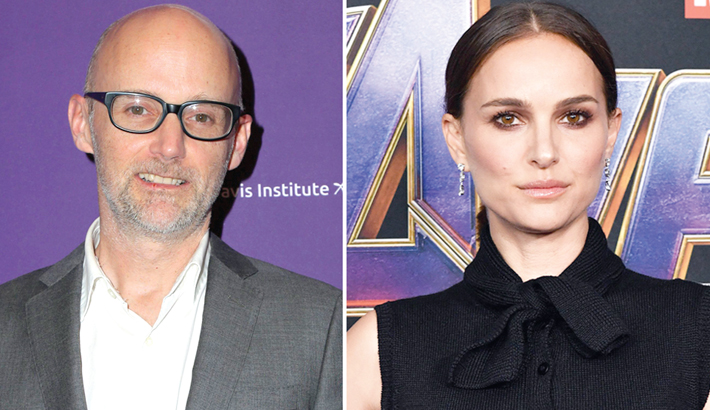 Musician Moby has accused Natalie Portman of "lying" after the Oscar-winning actor debunked his claims of dating her. The 53-year-old singer had mentioned about his alleged relationship with the actor in his new memoir "Then It Fell Apart", claiming that he briefly dated her after she "flirted" with him in his dressing room at one of his shows, reports PTI.

Portman, 37, rejected his claims and said the musician was instead "creepy" towards her. The actor, however, acknowledged that she met him at a concert.

"I was surprised to hear that he characterized the very short time that I knew him as dating because my recollection is a much older man being creepy with me when I just had graduated high school," she told Harper's Bazaar UK.

On Friday, Moby took to Instagram, where he shared some photos of his with the actor to support his claims, and said "it hurts to be lied about".

"In my memoir Then It Fell Apart' I respectfully and honestly describe the brief, innocent, and consensual romantic involvement I had with Natalie Portman in 1999.

"But she's denying that we ever dated, even though in the past she's publicly discussed our involvement, and there's ample photographic evidence that we briefly dated and then were friends (some pictures included in this post). It hurts to be lied about, especially as I've always respected her, and I thought we were friends," he wrote.

The musician said he has received violent messages from Portman's fans which has started to affect him professionally and personally.

"So what should I do? What do you do when people believe lies and accusations and not actual photographs and evidence? I want to take the high road, but I honestly don't know what to do.

"It's one thing to be lied about, and entirely another when someone's lies result in physical threats from complete strangers," he added.