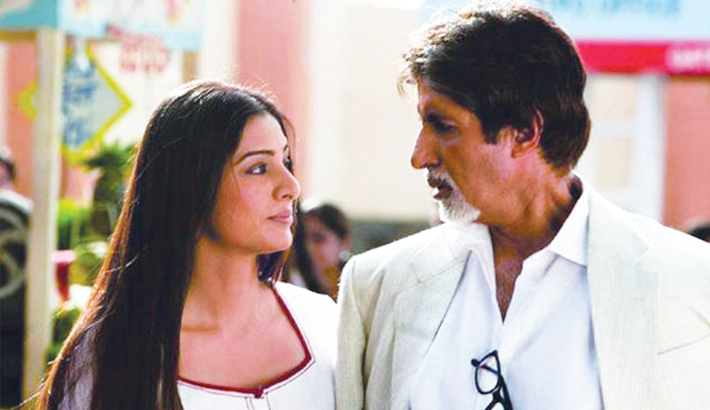 The beautiful Tabu is currently flying high on the success of her recent release De De Pyaar De. The film, also starring Ajay Devgn and Rakul Preet is a fresh take on relationships with an age gap. The Akiv Ali directorial revolves around the love story of a 50 year old businessman Ashish and 26 years old Ayesha. The story takes a turn when Ashish’s ex-wife Manju, played by Tabu, comes in the picture.

Another film that Tabu worked in, which was also based on the idea of a relationship with an age gap, was the 2007 release Cheeni Kum. The romantic comedy directed by R. Balki portrayed Tabu and Amitabh Bachchan in lead roles. It revolved around a 64 year old chef and restaurant owner Buddhadev Gupta, played by Mr Bachchan, who has never fallen in love until he meets the 34 year old Nina Verma, played by Tabu. The twist in the story- Nina’s father, played by Paresh Rawal is six years younger to Buddhadev.

Celebrating 12 years of Cheeni Kum, Tabu took to her social media handle to upload a post thanking the Shahenshah of Bollywood. She wrote, “World Tour 1999...Cheeni Kum 2007. Thank you for being part of this incredible journey Sir Amitabh Bachchan.”

Tabu also shared a collage of the film with the text “12 years of Cheeni Kum.”

Cheeni Kum was termed as the perfect mix of sweet and spicy. The film received 4 out of 5 stars in most of the reviews and was adored by the audience.