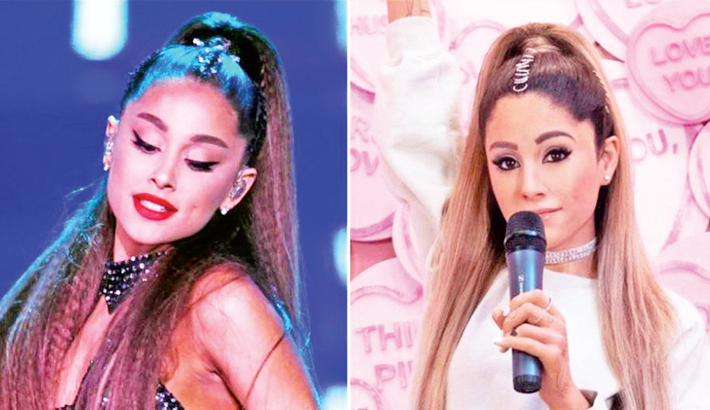 As soon as Madame Tussauds London unveiled the wax statue of American singer Ariana Grande this week, it met with disdain and confusion on social media by her fans. The fans were not thrilled with the statue of the pop singer as they found it inappropriate as per the looks of the singer.

After teasing the unveiling in April--and calling upon her fans to help choose the statue’s outfit--Madame Tussauds tweeted a picture of the figure on Tuesday. While the organisation claimed it had “nailed” her style, Twitter users had a few issues with the rest of the piece, as reported by E-News.

The fans of the singer stormed the social media and wrote, “She doesn’t look anything like Ariana!” one commenter wrote. “Ariana deserves better,” tweeted another. In fact, fans argued that there were several facial features on the statue that didn’t match Grande’s looks, including the eyebrows and the nose. “Yeah this is really bad,” tweeted one critic.

“The whole face is off, does not look like her at all. Her eyebrows have never looked like that.” another Twitter user said. This wasn’t the first time Madame Tussauds had unveiled a Grande-inspired wax figure. The organisation’s Las Vegas location debuted one in 2017 and its Berlin hub unveiled one at the beginning of this year.