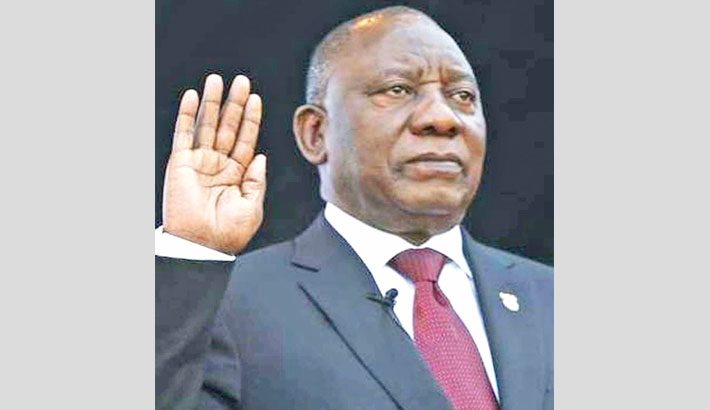 PRETORIA: Cyril Ramaphosa on Saturday took the oath of office as president of South Africa at a colourful ceremony, vowing “a new era” amid expectations he will revive the economy and fight corruption, reports AFP.

Foreign heads of state from more than 40 countries were among 36,000 people who witnessed the event replete with pomp, military honours and an airforce flyover at a rugby stadium in Pretoria.

The 66-year-old leader was unanimously elected by parliament to a five-year term after his African National Congress (ANC) won legislative elections on May 8, taking 230 of the 400 seats. The ANC garnered 57.5 percent of the vote, its weakest result since apartheid was overturned 25 years ago.

Ramaphosa is a trade unionist who played a prominent part in the struggle to end white-minority rule before becoming a successful businessman. He faces a herculean task to tackle the country’s many problems - from a sickly economy in which more than a quarter of the workforce is jobless, to entrenched crime and corruption and land ownership that remains overwhelmingly in the hands of whites.