UK leadership hopefuls vow to succeed where May failed on Brexit 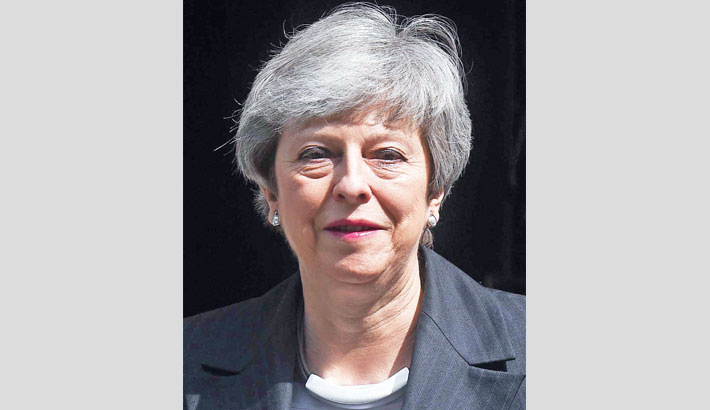 LONDON: The race to become Britain’s next premier opened Saturday with an array of hopefuls promising to succeed where Theresa May failed and finally pull the divided country out of the EU, reports AFP.

But European leaders insisted they had made their final offer during months or acrimonious negotiations that resulted in an unpopular compromise for which May ended up paying with her job.

The British prime minister’s voice broke on the steps of her Downing Street office when she told Britons on Friday that she was quitting on June 7.

May is bowing out with her legacy in tatters and the country in agony over what to do about voters’ decision in 2016 to abandon the European integration project after nearly 50 years.

The markets view the risk of Britain crashing out of the bloc when the twice-delayed departure date arrives on October 31 as uncomfortably high.

The pound has been steadily losing value since May 6 and British business lobbies are raising the alarm.

Their main concern is that current frontrunners to head May’s Conservative Party say they will get Brexit done at any cost.

“We will leave the EU on October 31, deal or no deal,” said former foreign minister Boris Johnson in a speech delivered Friday in Switzerland.

“The way to get a good deal is to prepare for no deal. To get things done you need to be prepared to walk away.”

Britain’s top diplomat had bitterly opposed Brexit in 2016 but has since reversed himself and made headlines in September by comparing the European Union to the evils of the former Soviet Union.

The contest is being held against the backdrop of European Parliament elections that the new Brexit Party of the anti-EU populist Nigel Farage is expected to win with about a third of the vote.